Among marketing principles, “Stay Visible’ must rank as one of the highest. Meaning that if you don’t have something new to announce on a regular basis, you disappear. Most important, among the people you hope to influence, you cease to exist. As true for small ventures as large, though small ventures struggle to understand or prioritize… Read More

SiFive Fosters RISC-V Collaboration and Education in India and Bangladesh Via Symposiums, Tutorials and Workshops
by Swamy Irrinki on 07-27-2019 at 4:00 am
Categories: Events, India, IP, RISC-V, SiFive 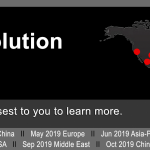 Last year we hosted several SiFive Tech Symposiums in India to help promulgate the RISC-V ecosystem in the region. The enthusiastic reception from those in industry as well as students and faculty at India’s most esteemed universities was inspiring. This July and August, we’re bringing the SiFive Tech Symposium back to India,… Read More