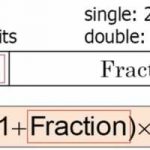 Sales says this next IoT project is going to be huge. Engineering isn’t so sure. Marketing says we should pilot it to find out. If it were just software, it might not be such a problem, but with hardware comes investment tradeoffs. Without guaranteed volumes of millions of units, are ASICs a realistic option to hit aggressive size,… Read More 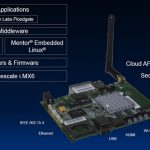 If I grab 10 technologists and ask what are the most important issues surrounding the Internet of Things today, one of the popular answers will be “security.” If I then ask them what IoT security means, I probably get 10 different answers. Encryption. Transport protocols. Authentication. Keying. Firewalls. Secure boot. Over-the-air… Read More

When the news broke about the on, off, and on-again Intel-Altera merger a few weeks ago, I checked off another box on my Six Degrees of Kevin Bacon scorecard. That plus a $5 bill gets me a Happy Meal at McDonalds, but in a post-Altera world, it might be worth more.

On January 16, 2008, I’m sitting in a meeting with some Intel strategic marketing… Read More