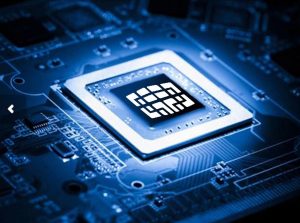 We try to examine the future of the memory segment of the semiconductor industry given the current market and technology drivers combined with historical behavior.

In the past, the chip industry was historically driven both from a technology perspective as well as an economic perspective by logic devices. Over the past few years, that changed to a memory based industry which saw a primarily memory driven company, Samsung, surpass Intel, a logic company, in overall semiconductor revenue, if even for a brief time. The fortunes of the semiconductor equipment industry also followed suit as memory manufacturing became the largest purchaser of semiconductor equipment tools.

In logic we have changed transistor shape and structure but remain in a primarily two dimensional world. There are some new developments regarding stacking logic transistors but nothing yet mainstream so logic is still stuck in a 2D world

Will the pendulum swing back?
In our view, the fundamental drivers of the semiconductor industry over the past few years which favored the memory industry have changed such that we will not likely see the same high levels of technology or revenue growth in the memory segment and the industry will transition back to a more balanced, maybe even logic driven, state. We think the drivers of memory had a very positive confluence of events which came together in a “perfect storm” of growth which may not be repeated again, at least not in the near term.

Waiting for Godot?
Are we waiting for a memory recovery which will never come? At least not at the rip snorting previous pace of the memory industry.

Most importantly we have to look at demand because without demand, there is no recovery. On the NAND side of the memory industry, the single biggest driver was the change from rotating magnetic media to SSD’s. In essence the semiconductor NAND memory industry had to build enough capacity to replace much of an already huge disk drive industry (for the most part). This was a gigantic step function of demand which was in itself driven by NAND memory cost reduction which was the catalyst of price elastic explosion of demand.

Although there are other increasing uses of NAND such as smart phones, AI, the cloud etc;, SSD’s suck up a huge capacity and were the key variable in outsize growth.

Near term memory plateau
The problem is that now that the industry has put in place this monsterous capacity the incremental drivers from here are not as strong as the step function implementation of SSD’s. There are lots of laptops with 128GB, 256GB and even 1TB SSD’s now that 1TB has fallen below the $100 price point. Its not like laptop memory is going to grow in the near term to 2TB or 4TB SSD’s as there is a diminishing return of usefulness for the additional capacity.

We are also likely at a near term plateau for NAND in smart phones. We bought a 256GB Iphone last year and have yet to use more than 64GB of memory despite installing many, many apps and taking lots of pictures. 5G doesn’t exist yet and AI or VR has not come to smart phones yet. On top of this plateau is the fact that the smart phone market is seeing a near term decline.

While servers and the cloud continue to suck up memory, both DRAM and NAND, laptops and end user devices are clearly slower.

Shutting down tools and lines in memory fabs
The clear and obvious response to slowing demand is to slow production. The industry has been taking capacity off line by shutting down lines and tools that were previously in production.  Much like OPEC stopping pumping when oil prices and demand declines. This has been going on for several quarters now and is still going on according to recent earnings conference calls.

This is a very clear indication that supply and demand in the memory market are still not in a reasonable balance despite slowing of price declines.

Turning tools off is a sign of a very desperate industry as the variable cost of making memory devices is very low as compared to the fixed (capital equipment) costs which are sitting idle.

Slow to turn off….slower to turn it back on?
A lot of of line capacity to turn on before buying new production tools

Given that the industry has spent several quarters (at least 3 or 4) turning off capacity its clear that they are not going to flip the switch and turn on all that idled capacity overnight and ruin a newly stabilized market with a flood of capacity. We expect the idled capacity to come back on line slowly, perhaps at the same speed as it was taken off, over a number of quarters, assuming demand recovers enough (which is in and of itself a big assumption).

Technology buys but not capacity buys??
The other factor that many have not thought about is that there is a constant increase in supply due to technology improvements without bringing the idled tools back on line. Shrinking geometries, more layers stacked etc; can increase output without a lot of new tools.

What happens if the new, slower memory growth rate can be satisfied with technology improvements alone??? and we don’t need “capacity buys”?

Even if we assume we need new “capacity” related tools, the industry has a huge amount of them, already installed, waiting to be powered back on.

It could be a very, very long time before the memory makers buy semiconductor equipment for “capacity” reasons. If we assume the idled tools get turned back on at a rate at which they were turned off (which again is an optimistic assumption) then it will be well into 2020, if not the end of 2020 or into 2021 before we see “capacity buys” again.  All this is assuming good demand growth and no external factors like China etc;.

Summary:
We think the “perfect storm” of 2D to 3D conversion coupled with the SSD revolution caused an “abnormal” memory cycle which will not be repeated in the current cycle as potential demand drivers and technology drivers do not exist for such “outsized” growth.

This will impact not only memory makers but capital equipment suppliers as the mix of equipment and consumers will change as we shift back to a more balanced equation between memory and logic.

The stocks
Obviously Lam has the highest exposure to memory spending and Samsung.  Applied is not far behind and perhaps this is the reason for the company not “calling a bottom” or remaining conservative or talking more about AI and other things in the future.

KLA and ASML will likely fare better as KLA has always been more logic driven and the move to EUV, for ASML, will continue to be driven by “logic only” uses as memory does not use EUV (for the foreseeable future)

Total capex will remain under pressure as logic/foundry cannot make up for the decline in memory spend we are seeing.

While we hope the down cycle is not as long as the up cycle was, we have seen multi year down cycles in the past and are likely in one now.

Time will tell…..how long til the next “perfect storm”….