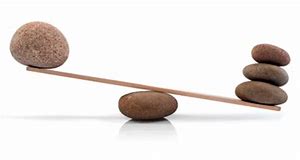 At TechCon Arm announced two more advances against competitive threats, one arguably tactical and the other strategic, at least in this writer’s view.  The tactical move was to add support for custom instructions, the ability to collapse multiple instructions into a single instruction through customer-added logic which hooks into the CPU pipeline. This supports customer differentiation in performance and low power consumption for IoT devices, for example for trig functions used in GPS location. Software developers access these new functions as intrinsics apparently.

Custom instruction capability has been around for a while, especially in DSP IPs (where I believe it is extensively used for vectorized operations) and more recently and obviously in the RISC-V architecture. Of course in RISC-V you can do anything because it’s an open ISA but I imagine you may need to curb your enthusiasm for over-exotic capabilities if you want to remain compliant with the ecosystem. Perhaps then the customization advantages over the Arm offering will not be so great.

Custom instruction support will initially be provided in Cortex-M33, available in the first half of 2020, and will be extended further in the Cortex-M family at a later date. The capability comes at no additional cost for new and existing licensees. Further ability to differentiate at no added cost would I imagine give pause to anyone thinking about a switch to a different architecture.

The more strategic move is in opening up the governance of the Mbed OS to silicon partners. The ecosystem has always been a powerful advantage for Arm and will (in my view) remain a major hurdle for any competing solutions. They have equally built a big ecosystem over the last 10 years around their open-source IoT operating system, Mbed OS (about half a million third-party software developers and 150 Mbed-enabled boards and modules so far).

So far that’s been under Arm’s direction. Apparently silicon partners have been asking for more insight and input into Mbed OS future directions. Arm proposed this new governance approach which was well received and is now implemented in a technical working group and a product working group. The product working group meets monthly to prioritize and vote on new capabilities. As one example they’re already working on new low-power battery optimizations based on contributions from partners. Analog Devices, Cypress, Maxim Integrated, Nuvoton, NXP, Renesas, Realtek, Samsung, Silicon Labs and u-blox, among others, are already active in the WG and any Mbed silicon program partner is welcome to join at no cost.

This is strategic because will help further establish the ecosystem and technical investment partners make in a solution. In turn they’ll become more and more unwilling to drop to switch to another solution which may not provide all those nice features ready-made. Not to say that Arm (or the competition) couldn’t cross a line at some point where a switch would become more compelling. But so far at least, Arm seems to be making all the right moves to reinforce their position, conceding just enough in tactical areas while continuing to reinforce their strategic advantages. They continue to impress me as a thoughtful and well-managed company. They just keep adding more reasons to tip the scale in their direction.