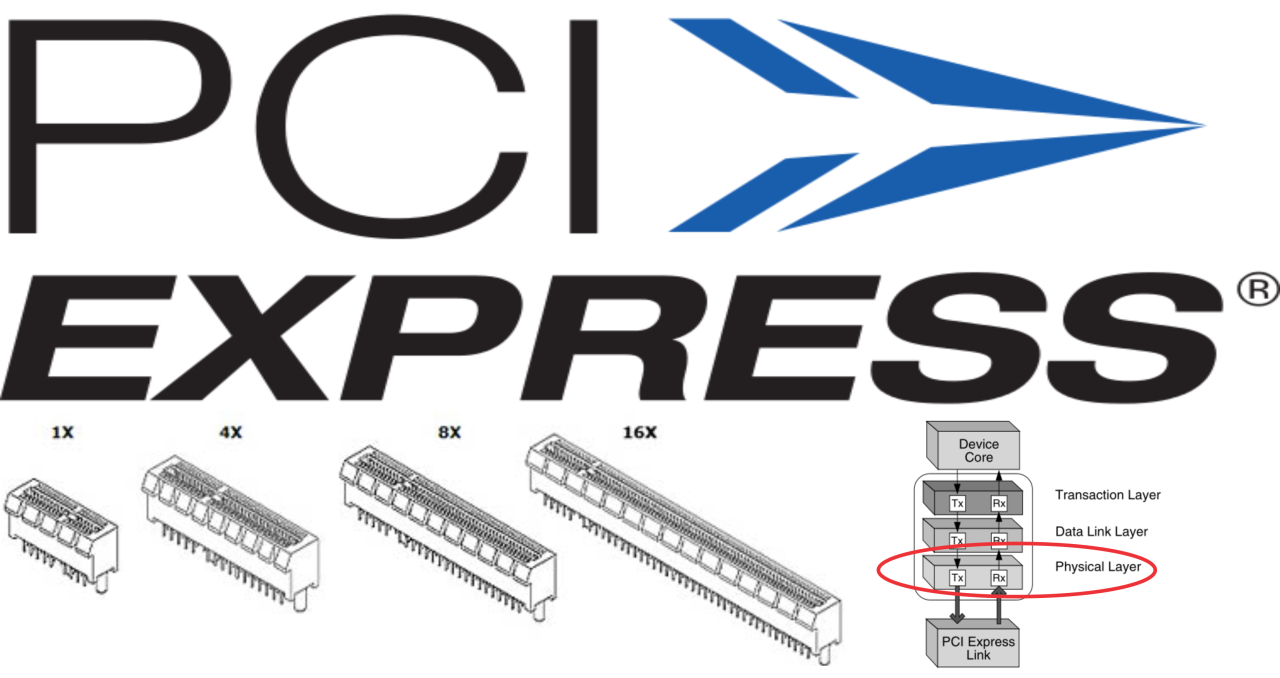 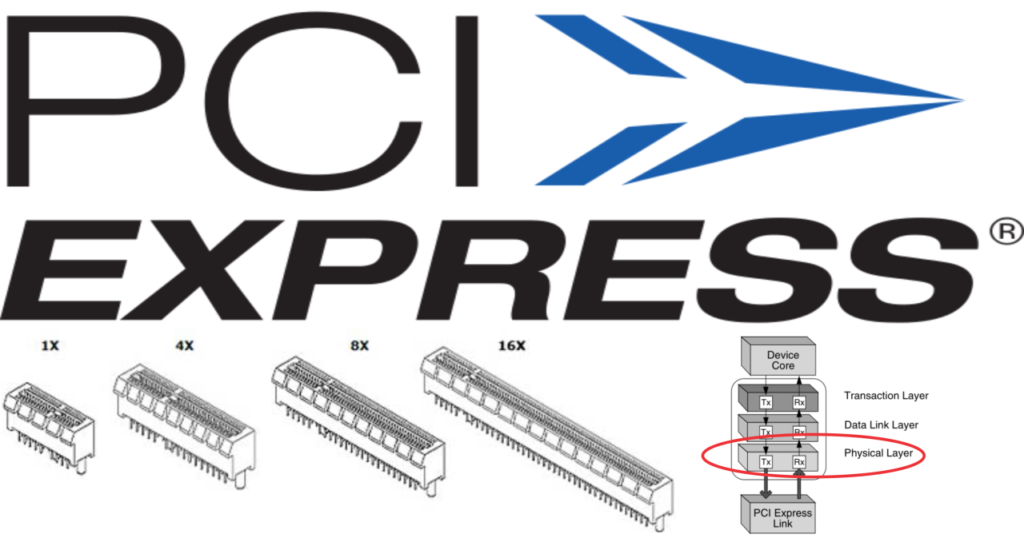 In the last article, I wrote about the PCIe basic concepts. This article will reach the physical layer of the PCIe standard.

This layer contains all the circuitry for the interface operation: input and output buffers, parallel-to-serial and serial-to-parallel converters, PLL(s) and impedance matching circuitry. It also contains some logic functions needed for interface initialization and maintenance.

In the physical layer let’s subdivide in two sub-blocks: Logical and Electrical sub-block

The primary function of the transmit unit is to prepare data link packets received from the Data Link Layer for transmission. This process involves three primary stages: data scrambling, 8-bit/10-bit encoding, and packet framing. The receive unit functions similarly to the transmit unit, but in reverse. The receive unit takes the deserialized physical packet taken off the wire by the electrical sub-block, removes the framing, decodes it, and finally descrambles it.

The figure below illustrate this:

Remember that you need to consider each lane of the PCIe.

Some sub topics in the electrical sub-block:

As the logical sub-block of the Physical Layer fulfils the role as the key decision maker, the electrical sub-block functions as the delivery mechanism for the physical architecture.

The electrical sub-block contains transmit and receive buffers that transform the data into electrical signals that can be transmitted across the link.

The electrical sub-block may also contain the PLL circuitry, which provides internal clocks for the device.

Some sub topics in the electrical sub-block:

As always, leave a comment if you want me to get into more details.