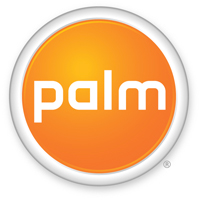 Hewlett-Packard purchased Palm last year for over a billion dollars primarily to get their hands on the WebOS operating system for powering its tablets and smartphones. It’s turned out to be much too little too late. Despite WebOS being a new operating system with many attractive features, HP’s tablet offering, the TouchPad, has been a major bust, selling in the hundreds and leaving major retailers complaining about their inventory and wanting HP to take it back. So HP announced yesterday that it was getting out of the tablet and smartphone business. WebOS may find a home (and the most likely would be someone who is currently betting on Android and worried that now that Google has to make real money on Android to justify its $6B acquisition of Motorola Mobile maybe they should hedge that bet; but it will be an expensive hedge). I don’t know why HP expected to be a big hit out of the gate with its WebOS strategy, and if it didn’t have the stomach for a lengthy race and thought it was a sprint, I don’t know why they bothered to get into the business in the first place.

HP, which is the largest PC manufacturer in the world, also announced that it may get out of PCs. Presumably, in the same way as IBM, by finding a home for the division in a company that is more geared up to producing consumer products.

They are also buying Autonomy, the largest software company in the UK, $10B, positioning themselves more in services and servers, competing head to head with IBM and Oracle. Of course Apotheker the CEO would probably prefer to buy his old company SAP but he can’t afford it since it is worth as much as HP.

Analysts didn’t like it and many downgraded HP, and as a result HP is down 20% (destroying $12B or so of market cap). So forget that SAP is worth as much as HP, it’s now worth $10B more.

So what a story! The big fight by Carly Fiorina (against Walter Packard, Bill’s son) to buy Compaq. Oh yes, and people’s phones being bugged. Out she goes. In comes Mark Hurd. Weird sexual shenanigans and out he goes (and pops up at Oracle). In comes Leo Apotheker (whose prior experience was all running software businesses such as SAP and for a time was hiding to avoid being subpoenaed in a lawsuit with Oracle). I wonder how long he’ll last.