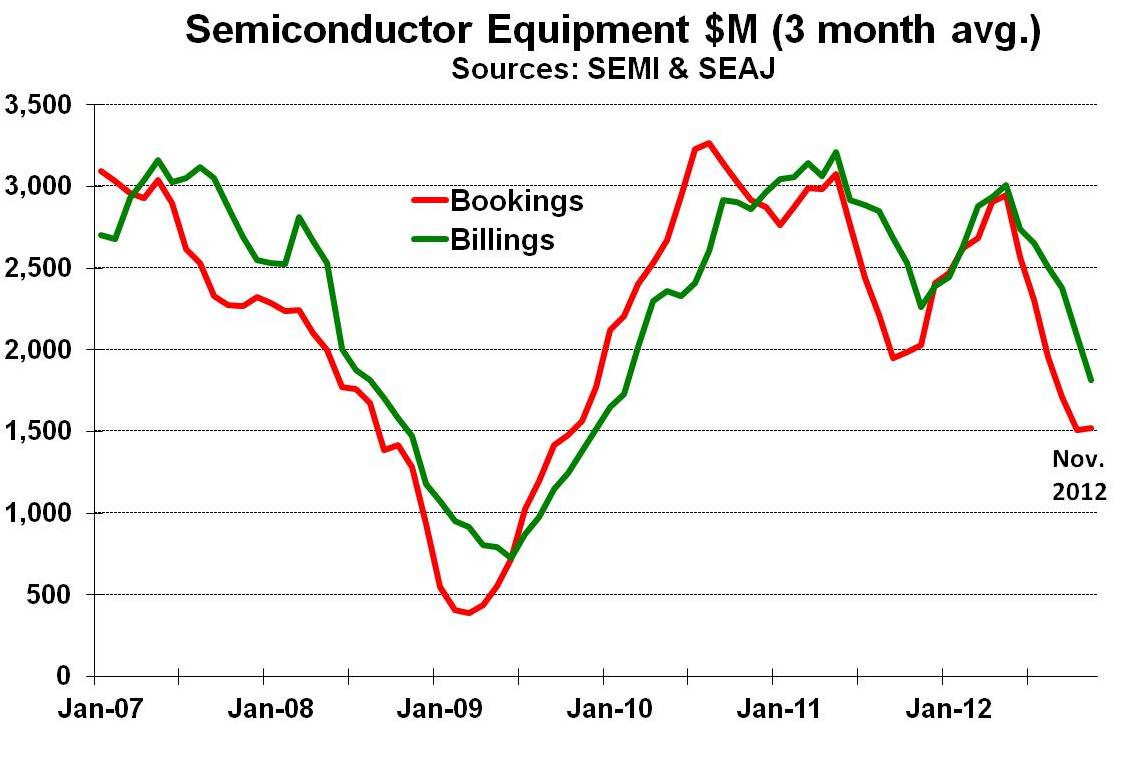 Shipments of semiconductor manufacturing equipment have been trending downward since June 2012, based on combined data from SEMI for North American and European manufacturers and from SEAJ for Japanese manufacturers. The market bounced back strongly in late 2009 and in 2010 after the 2008 downturn to return to the $3 billion a month level. Bookings and billings fell in the latter half of 2011 and recovered to the $3 billion level in the first half of 2012. The latest downturn is more severe than in 2011, falling below the $2 billion a month level. However the downturn may be bottoming out, with November 2012 three-month-average bookings up 1% from October.

Total semiconductor manufacturing equipment shipments in year 2012 will be about $28 billion, down 16% from 2011, based on data through November. Recent forecasts for 2013 range from a decline of 4.4% from VLSI Research to flat from SEMI. However the largest foundry company, TSMC, is bucking the trend. According to Digitimes, TMSC plans to increase capital spending in 2013 by 8% to $9 billion. 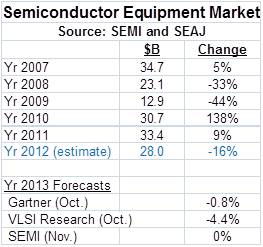