The outlook for semiconductor capital expenditures (capex) in 2016 is weak. Gartner’s January 2016 forecast called for a decline of 4.7%. IC Insights in February projected a 0.8% decline. The table below shows the Gartner forecast along with the capex forecasts from the top three spenders (Intel, Samsung and TSMC) which… Read More

Semiconductor equipment back on track
by Bill Jewell on 12-19-2013 at 11:00 pm
View Profile
View Forum Posts 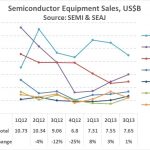 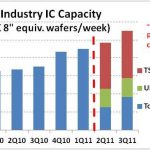 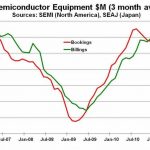