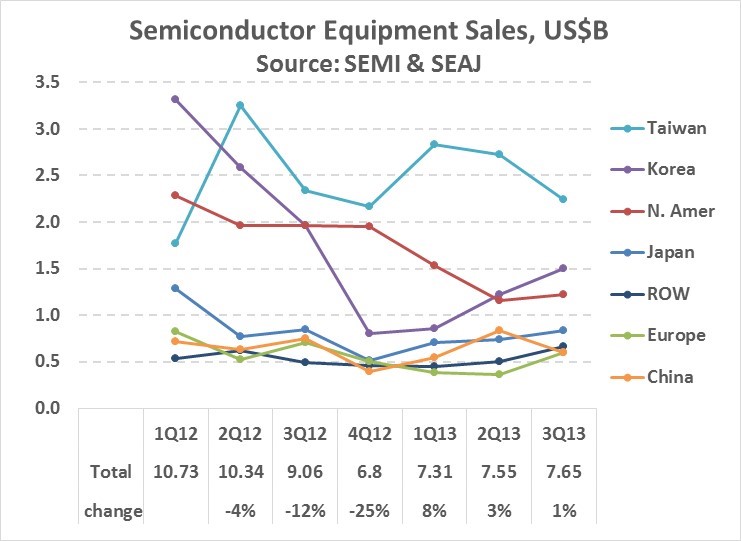 Semiconductor equipment back on track
by Bill Jewell on 12-19-2013 at 11:00 pm
View Profile
View Forum Posts

SEMI’s December 2013 forecast for semiconductor equipment billings called for a 13% drop in 2013 to $32.0 billion from $36.9 billion in 2012. As shown above the 2013 decline is due to a weak first half, with the market increasing in the second half. SEMI expects growth to pick up 23% in 2014 and 2% in 2015. The chart below shows SEMI’s forecast and historical billings back to 2000. The year-to-year trends are very volatile, with declines of close to 50% in several years and recoveries of up to four times the prior year. 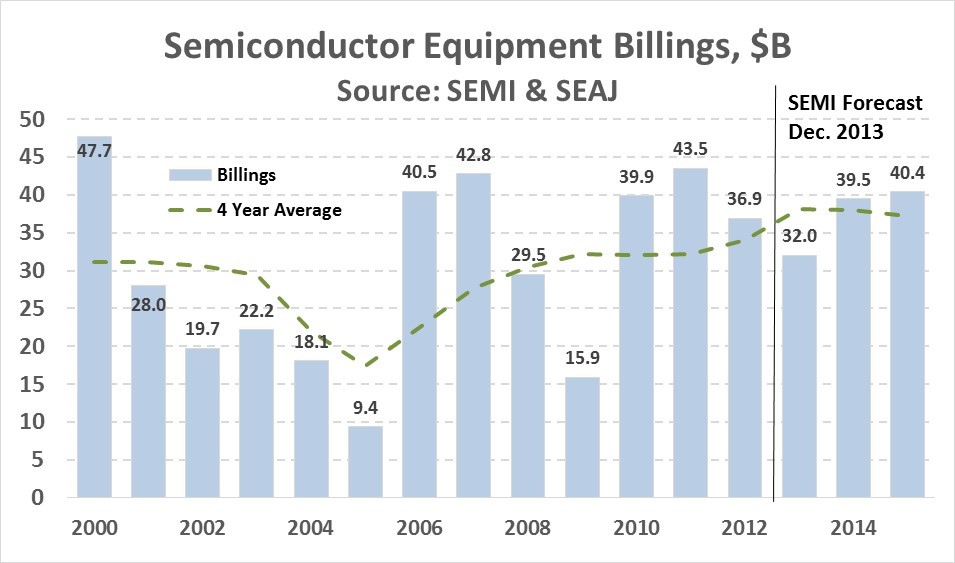 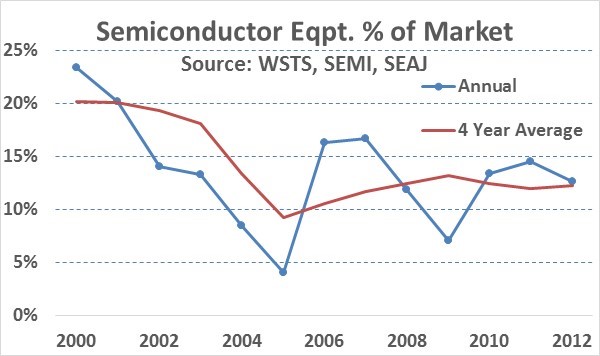 The last several years seem to indicate the semiconductor industry may have matured from the boom-bust cycles which plagued the first several decades of its existence. We at Semiconductor Intelligence have a few theories why investment is more stable:

0 Replies to “Semiconductor equipment back on track”