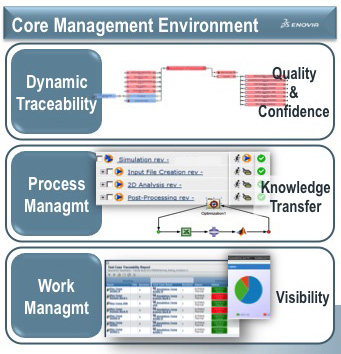 The first thing to realize about Dassault’s Simulation Lifecycle Management platform is that in the non-IC world where Dassault primarily operates, simulation doesn’t just mean functional verification or running Spice. It is anything during the design that produces analytical data. All of that data is important if you are strictly tracking whether a design meets its requirements. So yes, functional coverage and Spice runs, but also early timing data from synthesis, physical verification, timing and power data from design closure, and so on. All of this is what the automotive, aerospace and other worlds call “simulation.” To them, in the mechanical CAD (MCAD) world, anything done on the computer as opposed to on a machine-tool, is simulation. Similarly, with that world view, anything done with a chip design other than taping it out and fabricating it is simulation.

So Simulation Lifecycle Management (SLM) is an integrated process management platform for semiconductor new product introduction. The big idea is to take the concepts and processes used in MCAD to design cars and planes and push them down into the semiconductor design process. In particular keeping track of pretty much everything.

In automotive, for example, there is ISO 26262 (wikipedia) which covers specification, design, implementation, integration, verification, validation, and production release. In practice this means that you need to focus in on traceability of requirements:

There are really two halves to the process. One primarily used by management to keep define processes and keep track of that state of the design. The core management environment really has three primary functions: 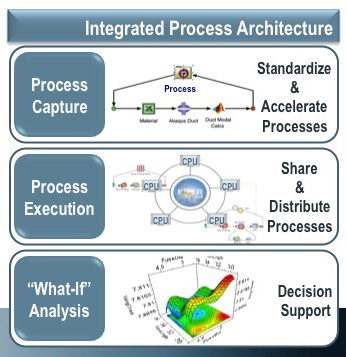 The other half, primarily used by engineers actually doing the design, running tools and scripts and making judgement calls. This is called the integrated process architecture and also consists of three parts: 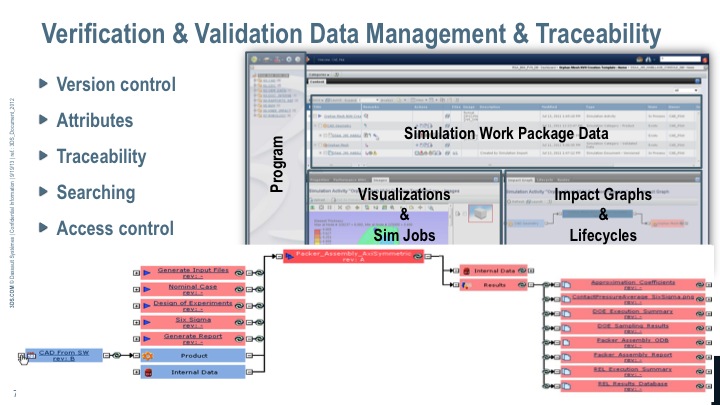 There is obviously a lot more detail depending on which task you did down into. But to get a flavor of it, the above screen capture shows some of the requirements traceability. A requirement may generate many more sub-requirements that, in turn, generate tasks that are required to demonstrate that the requirement is met (and keep track of everything to be able to reproduce the run too). Again, don’t forget that where the above diagram says “simulation” it might mean keeping track of how many DRC violations remain to be fixed.

Subsequent blogs will go into more detail of just how SLM works in practice.