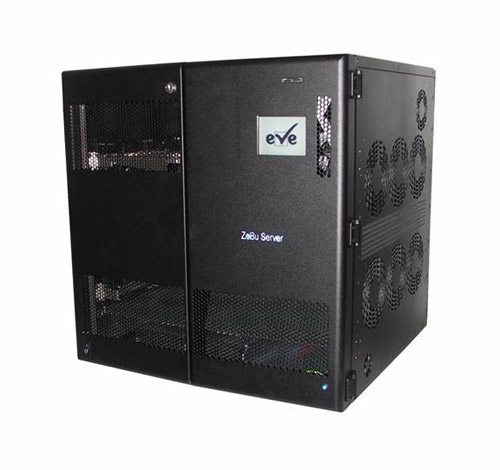 Just a couple of days ago I read a curious press release.Mentor Graphics Corp. (NASDAQ: MENT), today announced that a Portland, Oregon jury delivered a verdict in favor of Mentor in a trial in which Mentor asserted infringement of one of its patents against Emulation and Verification Engineering S.A. (EVE) and Synopsys, Inc. (Nasdaq: SNPS). The jury in the United States District Court for the District of Oregon found that one Mentor patent – U.S. Patent No. 6,240,376 – was directly and indirectly infringed by EVE and Synopsys. As part of the verdict, the jury awarded damages of approximately $36 million and certain royalties to be paid to Mentor Graphics.

I don’t really know a lot of the details. Emulation has been a heavily contested area for patent lawsuits, maybe because hardware is easier than software to prove infringement. After all, if your place & route tool has some patents it is really hard to work out whether a competing tool violates them or uses some alternative technology. With hardware it is a lot easier to take a look.

For a time a dozen years ago the shoe was on the other foot. Mentor was in a set of lawsuits with Quickturn (now Cadence, the Palladium product line). Quickturn previously sued Mentor for patent infringement, and successfully blocked the sale of the Meta-developed SimExpress emulator in the United States. Mentor engaged in a lengthy and ultimately unsuccessful hostile takeover bid for Quickturn. Then in 1998, just a couple of months before Cadence acquired Ambit where I was VP engineering, they became a white knight and acquired Quickturn too. More recently emulation has really come into its own. I think it was Wally Rhines, CEO of Mentor, who pointed out at DVCon a year or so ago, that emulation was now the cheapest way to simulate a cycle. The box costs a lot but it runs so fast.

Mentor was then in various lawsuits and agreements with EVE, and licensed some patents to them although in a way that is Synopsys acquired EVE the licenses would lapse. Then, a couple of years later, Mentor sued EVE about some different patents.

It was a well-known secret that Intel was EVE’s biggest customer (Synopsys too, I believe) and they put pressure on Synopsys to acquire EVE. In fact, since emulation was increasing in importance and Synopsys had no solution and EVE was the only game in town they pretty much had to acquire them. I think it is unlikely that Cadence or Mentor would have been allowed to acquire them without raising objections. Weirdly, Synopsys counter-sued Mentor about EVE before they even did the acquisition. Anyway, the history is complicated and I probably have some of the details wrong.

What is more important is the effect, if any, on future business. The above press release is about EVE who were finally acquired by Synopsys almost exactly two of years ago. $36M is noise level for both Synopsys and Mentor, but not being able to sell emulators going forward would be a big problem. Since it doesn’t say that I assume that at the most Synopsys has to pay an ongoing royalty to Mentor. Synopsys have said that they will appeal.

If anyone knows more please comment. It is certainly an interesting note in a very long story and worthy of discussion.