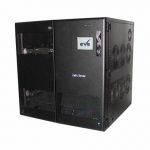 Just a couple of days ago I read a curious press release.Mentor Graphics Corp. (NASDAQ: MENT), today announced that a Portland, Oregon jury delivered a verdict in favor of Mentor in a trial in which Mentor asserted infringement of one of its patents against Emulation and Verification Engineering S.A. (EVE) and Synopsys, Inc. (Nasdaq:… Read More

Since I started looking at the ways Texas Instrumentsworks through its strategies, my belief is getting firmed up that this is one company which can always sail through rough waters during downturn and reap rich benefits during upturn. They regularly review their strategies and can predict ahead of time when the water is about … Read More 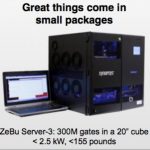 Since Synopsys acquired Eve over a year ago, they haven’t announced anything new in the ZeBu product line. Emulators are not like software where you expect incremental releases a couple of times per year, each new “release” is a complete re-design using new hardware fabric in a new process technology. Earlier… Read More

John Cooley has an interesting “scoop” on the Synopsys-EVE acquisition. The acquisition itself is not a surprise, it is the one big hole in Synopsys’s product line and EVE is the perfect plug to fill it. It was also about the only thing Cadence has (apart from PCB) that Synopsys does not.