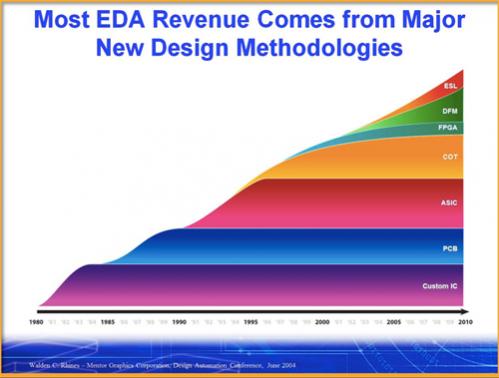 Wally Rhines gave the keynote at DAC in 2004. One of the things that he pointed out ten years ago was that EDA revenue for any given market segment is pretty much flat once the initial growth phase has taken place and the market has been established. Incremental EDA revenue only comes from delivering new capabilities. Historically these have largely been in new area.

EDA started with custom layout, then added PCB, then ASIC, then COT and so on. Each new market grew EDA but the older markets remained flat. For example PCB revenue grew to a certain size and has remained pretty much that size every since.

At DAC this year Wally presented an update ten years on as where the current and future growth areas for EDA are. 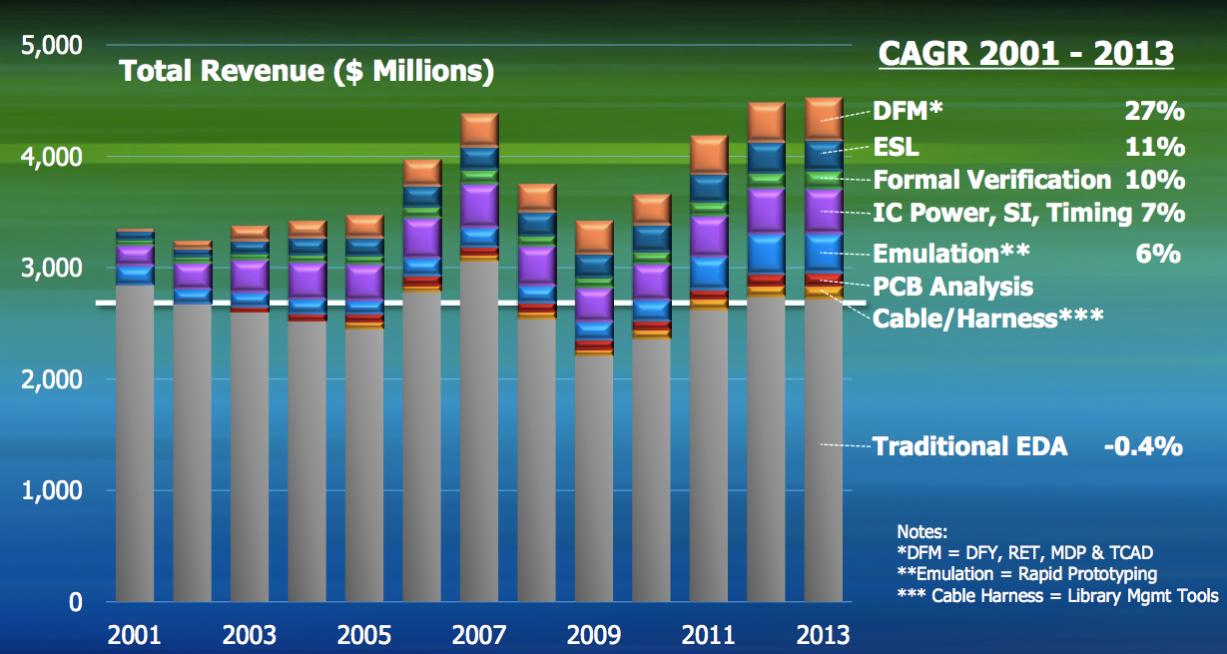 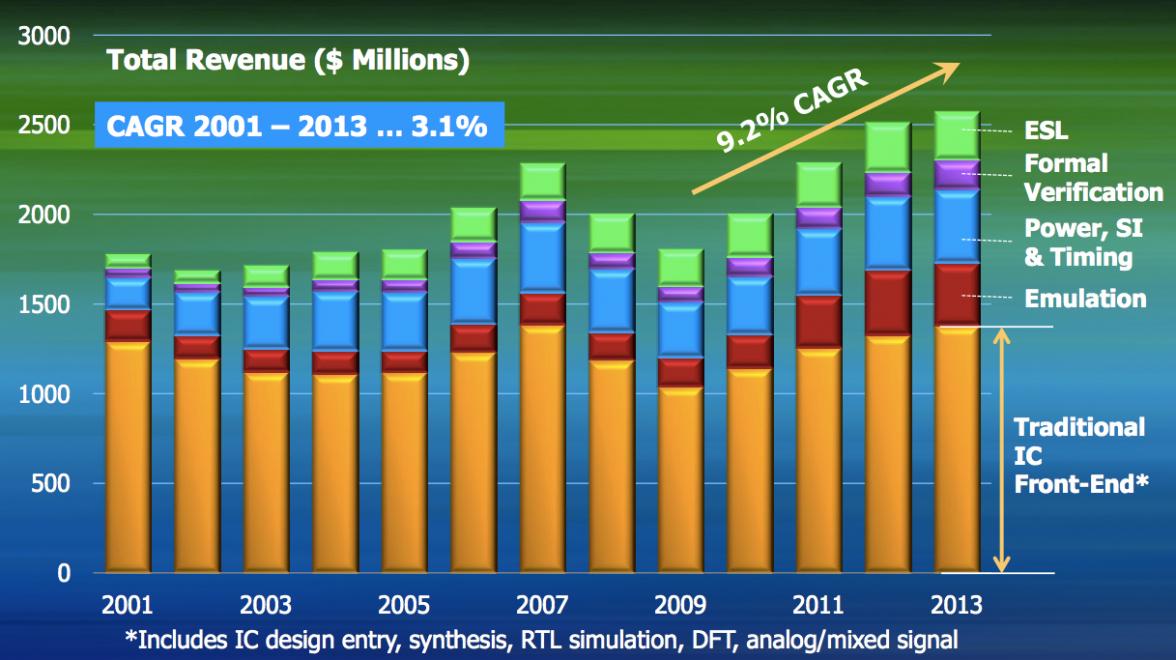 Increasingly the incremental EDA revenue is not coming from completely new markets but from adding completely new capabilities to the traditional tools. So front end design has been flat but adding ESL, formal, power, signal integrity and emulation has led to a CAGR of 9.2% for front end over the last few years compared to 3.1% over the whole 2001-2013 period.

There are new challenges and new opportunities at 10/7/5nm: FinFETs require tools to deal with process complexity, thermal and stress. The lack of EUV requires capabilities to handle directed self-alignment, double and triple patterning and density balancing. These will be one basis for growth in the next few years. 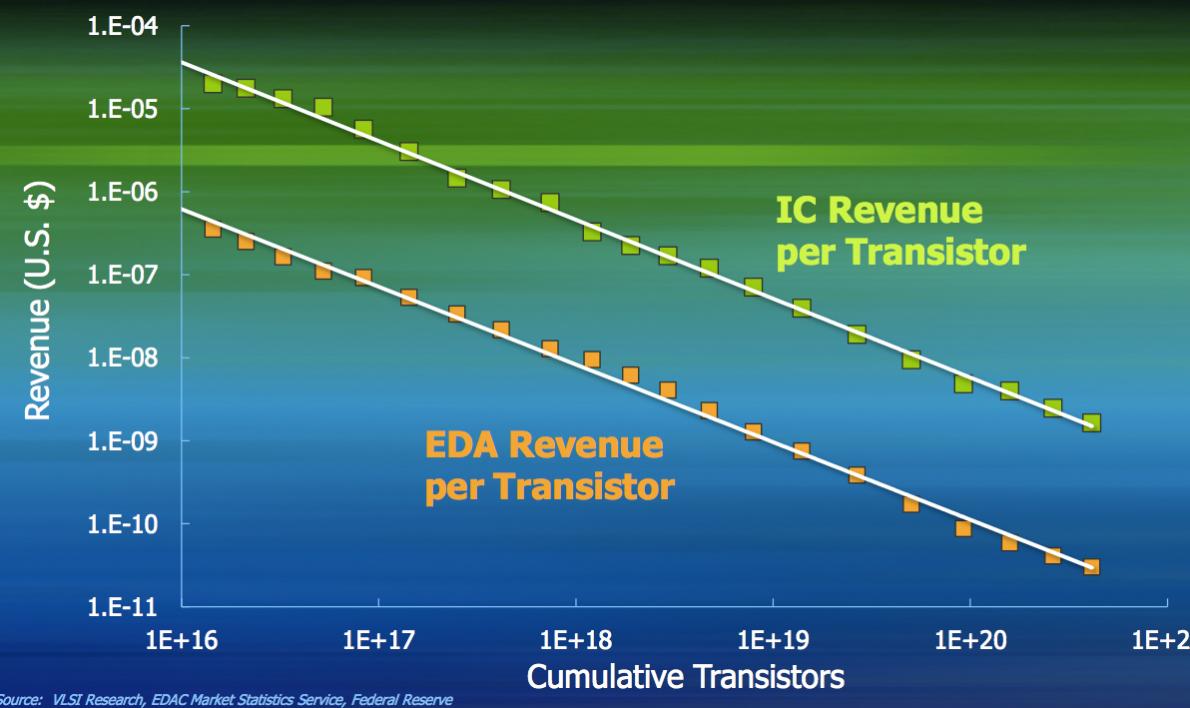 The basic thesis is that EDA grows from solving new problems. Some of these problems are in existing EDA markets, with incremental capability like ESL or formal. Some come from supplying traditional tools but into new markets, such as selling RET capability to foundries (who historically have not had enormous EDA budgets) or selling emulation to software developers. And some from new markets such as embedded software, cyber-security or automotive subsystems. Although the term is overhyped right now, this is growth from the internet of things, which will require security, embedded software, wireless communication, subsystems and more. 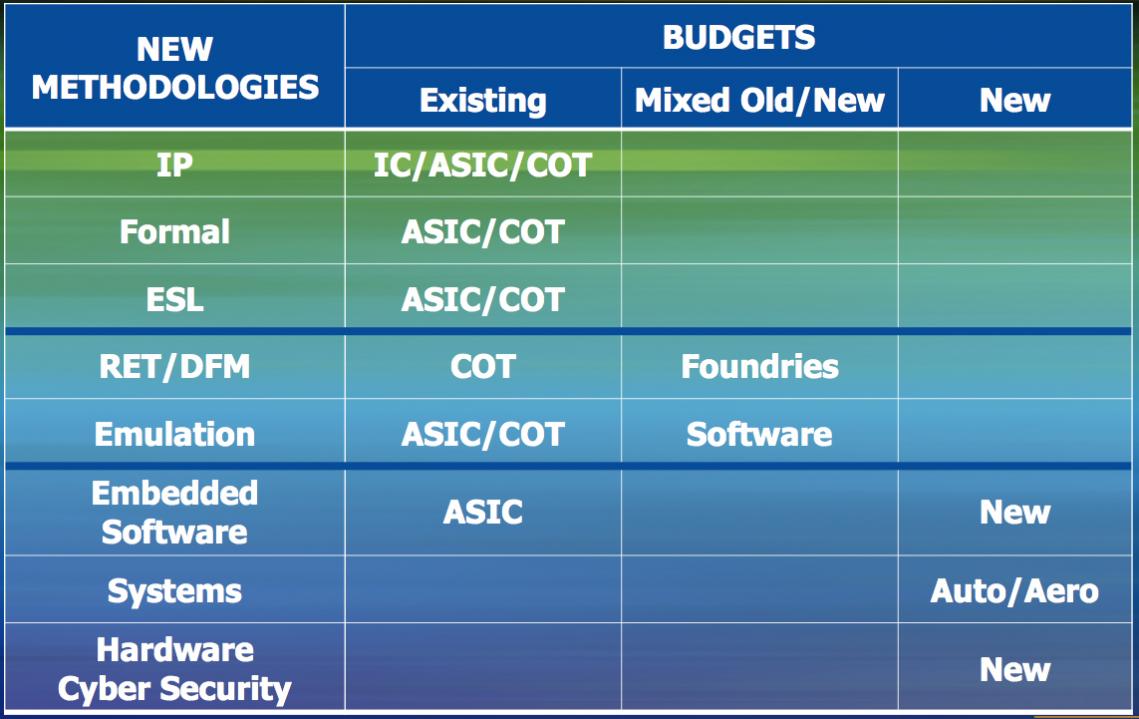 So with all of these things, new capabilities, access to new budgets, completely new markets, then Wally believes that the future of EDA is rosy. After all, given that EDA only grows from solving new problems, the fact that there are plenty of new problems is a driver for the whole EDA industry.