Register / Log In
Guests have limited access.
Join our community today!
You are currently viewing SemiWiki as a guest which gives you limited access to the site. To view blog comments and experience other SemiWiki features you must be a registered member. Registration is fast, simple, and absolutely free so please, join our community today!
Keynote: Silicon is the New Steel: Building the World’s First Terascale Network
by bkeppens on 08-11-2016 at 12:00 pm
View Profile
View Forum Posts

Prof. Thomas Lee from Stanford University is the keynote speaker at the upcoming 38th EOS/ESD Symposium (September 11-16, Anaheim). The EOS/ESD Symposium is focused on discussing the issues and providing the answers to electrostatic discharge in electronic production and assembly.

There were two keynotes at DAC this morning. I think the official designation of the first one was a “visionary talk” and the main difference was that it was only 15 minutes long. Vivek Singh, an Intel fellow, talked about Moore’s Law at 50: No End in Sight.

He started with a graph showing transistor speed versus… Read More 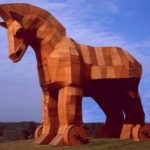 Yesterday was the Mentor users’ group U2U. As usual, Wally Rhines gave the keynote, this year entitled Secure Silicon, Enabler for the Internet of Things. Wally started off saying it was a challenge to find a new angle. The number of news articles on cloud computing has exploded from nothing to 72,000 last year. On IoT from … Read More

My PhD is in distributed file systems so one of the key networking papers was Metcalfe and Boggs, 1976. It was titled Ethernet: Distributed Packet Switching for Local Computer Networks. This was the paper that introduced the world to Ethernet and to Bob Metcalfe. He was on stage yesterday here at Semicon West to give the afternoon… Read More 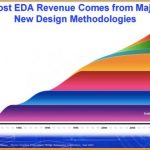 What is TSMC doing at DAC?

The biggest event is presumably Cliff Hou’s DAC keynote on Monday at 3.25pm Industry Opportunities in the Sub-10nm Era. And he also wrote the foreword to Fabless, the book that Dan Nenni and I have written and where you can get a signed copy on Tuesday evening at the reception.

There is an IP workshop … Read More 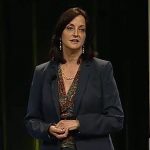 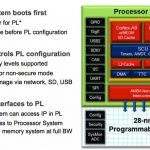 Ivo Bolsens, the CTO of Xilinx, is giving the opening keynote at the Electronic Design Process Symposium (EDPS) in Monterey on Thursday and Friday this coming week. The title of his keynote is The All Programmable SoC – At the Heart of Next Generation Embedded Systems. He covers a lot of ground but the core of his presentation… Read More