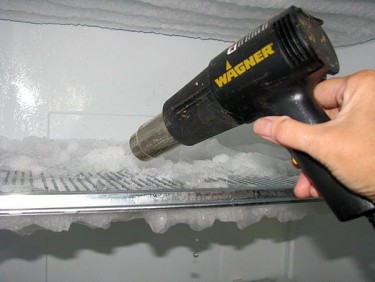 Linux has always started with a kernel distribution, with a set of features ported to a processor. Drivers for common functions, like disk storage, Ethernet, USB, and OpenGL graphics were abstracted enough so they either dropped in or were easily ported. Support for new peripheral devices usually emerged from the community very quickly. Developers grew to love Linux because it gave them, instead of vendors, control.

Freedom comes with a price, however. In the embedded world, where change can be costly and support can be the never-ending story over years and even decades, deploying Linux has not been so easy. Mind you, it sounds easy, until one thing becomes obvious: Linux has been anything but stable when viewed over a period of years. Constant innovation from the community means the source tree is a moving target, often changing hourly. What was built yesterday may not be reproducible today, much less a year from now.

The first attempts at developing embedded Linux involved “freezing” distributions, which produced a stable point configuration. A given kernel release with support for given peripherals could be integrated, built and tested, and put into change control and released. In moderation this worked well, but after about 100 active products showed up in a lab with 100 different frozen build configurations, the scale of juggling became problematic. Without the advantage of being able to retire obsolete configurations, Linux started becoming less attractive for longer lifecycles, and embedded developers were forced to step back and look harder.

In what the folks at The Linux Foundation have termed “the unholy union of innovation and stability”, best brains are trying to bring two efforts – defining what to build and how to build it – to bear to help Linux be a better choice for embedded developers.

LTSI, the Long Term Support Initiative, is backed by many of the companies we discuss regularly here, including Intel, Mentor Graphics, NVIDIA, Qualcomm, and Samsung. LTSI seeks to create a stable tree appropriate for consumer devices living 2 to 3 years, and yet pick up important new innovations in a road-mapped effort. The goal is to “reduce the number of private [Linux] trees current in use in the CE industry, and encourage more collaboration and sharing of development resources.”

The Yocto Project focuses on tools, templates, and methods to build a Linux tree into an embedded distribution. This doesn’t sound like a breakthrough until one considers that almost all embedded development on Linux has been roll-your-own, and as soon as a development team deviates and does something project specific to meet their needs, they lose the benefits of openness because they can’t pull from the community without a big retrace of their steps. The Yocto Project recently announced a compliance program, with Mentor Graphics among the first companies to comply, and Huawei, Intel, Texas Instruments and others participating and moving toward compliance. Yocto has also announced a joint roadmap with LTSI.

With software becoming a larger and larger part of projects – some say 70% and growing – and open source here to stay, these initiatives seek to help Linux be built to last.