Since traceability and its relationship to ISO 26262 may be an unfamiliar topic for many of my readers, I thought it might be useful to spend some time on why this area is important. What is the motivation behind a need for traceability in support of automotive systems development? The classic verification and validation V-diagram… Read More

Science texts like to present the evolution of knowledge as step-function transitions, from ignorance to wisdom. We used to think the sun revolved around the earth. Then Galileo appeared, and we instantly realized that the earth revolves around the sun. But reality is always messier, as Galileo understood all too well. The transition… Read More

Smoothing the Path to NoC Adoption
by Bernard Murphy on 08-31-2021 at 6:00 am
View Profile
View Forum Posts

We’re creatures of habit. As technologists, we want to move fast and break things, but only on our terms. Everything else should remain the same or improve with minimum disruption. No fair breaking the way we do our jobs as we plot a path to greatness. This is irrational, of course. Real progress often demands essential changes where… Read More

Safety is a complex topic, but we’re busy. We take the course, get the certificate. Check, along with a million other things we need to do. But maybe it’s not quite that simple. I talked recently with Kurt Shuler (VP of marketing) and Stefano Lorenzini (functional safety manager) at Arteris IP and concluded that finding enlightenment… Read More 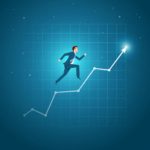 This standard has been around in one form or another for over ten years and was then arguably ahead of its time. RTL designers were confused: ‘We already have RTL. Why do we need something else?’ I also didn’t get it. Still, the standard plugged ahead among the faithful and found traction among IP vendors. Particularly as a common format… Read More

You might have heard of the Multicore and Multiprocessor SoC (MPSoC) Forum sponsored by IEEE and other industry associations and companies. This group of top-notch academic and industry technical leaders gets together once a year to talk about hardware and software architecture and applications for multicore and multiprocessor… Read More

On its face System-on-chip (SoC) integration doesn’t seem so hard. You gather and configure all the intellectual properties (IPs) you’re going to need, then stitch them together. Something you could delegate to new college hires, maybe? But it isn’t that simple. What makes SoC integration challenging is that there are so many… Read More

Arteris IP folds in Magillem. Perfect for SoC Integrators
by Bernard Murphy on 02-18-2021 at 6:00 am
View Profile
View Forum Posts

Arteris IP and Magillem recently tied the knot, creating a merger of Network-on-Chip (NoC) and related Intellectual Property (IP) with a platform known for IP-XACT based SoC integration and related support. This is interesting to me because I’m familiar with products and people in both companies. I talked to Kurt Shuler, vice… Read More