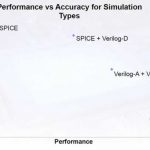 With advances in available IP, mixed signal design has become much easier. Mixed signal verification on the other hand is becoming more complicated. More complexity means more simulation, and in the analog domain, SPICE-based techniques grinding away on transistor models take a lot of precious time. Event-driven methods like… Read More

In the race to reduce verification time for ever growing sizes of SoCs, various techniques are being adopted at different levels in the design chain, functional verification being of utmost priority. In an analog-digital mixed design, which is the case with most of the SoCs, the Spice simulation of analog components is the limiting… Read More

My former co-worker, Kenneth Bakalar at Mentor Graphics is an expert in AMS modeling languages and UPFmethodology, so he recently teamed up with Eric Jeandeau to author an interesting white paper: Interpreting UPF for a Mixed-Signal Design Under Test. This white paper is based on a presentation made at DVCon earlier this year.… Read More 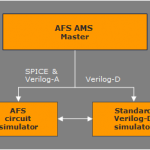 Verification and AMS are top search terms on SemiWiki so clearly designers have a pressing need for fast and accurate verification of today’s mixed-signal SoCs that include massive digital blocks and precision analog/RF circuits. They need simulation performance to verify the mixed-signal functionality, and they need nanometer… Read More