Register / Log In
Guests have limited access.
Join our community today!
You are currently viewing SemiWiki as a guest which gives you limited access to the site. To view blog comments and experience other SemiWiki features you must be a registered member. Registration is fast, simple, and absolutely free so please, join our community today!
SiFive’s Design Democratization Drive
by Camille Kokozaki on 04-25-2018 at 7:00 am
View Profile
View Forum Posts 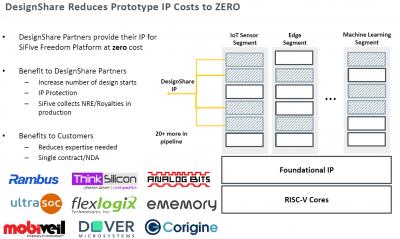 There is something endearing and refreshing in seeing a novel approach unfold in our Semi-IP-EDA ecosystem currently settled in its efficient yet, let us say it, unexciting ‘going through the motions’, constantly comparing, matching, competitively and selfishly sub-optimizing what the art of the possible can be. 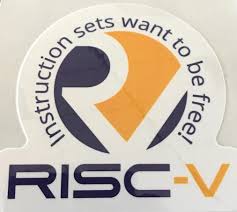 As I mentioned before, SiFive and RISC-V are trending topics on SemiWiki.com which makes complete sense since we have been covering semiconductor IP and ARM since we first went online in January of 2011.

DesignShare is all About Enabling Design Wins!
by Daniel Nenni on 11-08-2017 at 7:00 am
View Profile
View Forum Posts 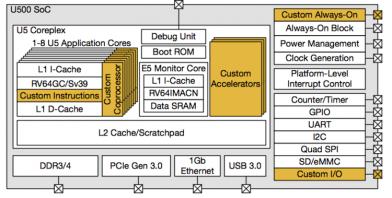 One of the barriers to silicon success has always been design costs, especially if you are an emerging company or targeting an emerging market such as IoT. Today design start costs are dominated by IP which is paid at the start of the project and that is after costly IP evaluations and other IP verification and integration challenges.… Read More

Having started my career during the mini computer revolution it has been an incredible journey from using computers that consumed entire rooms – to the desktop – and now we have supercomputers in our pockets. It makes me chuckle when I hear people complaining about their smartphones when they should be jumping up and… Read More