Register / Log In
Guests have limited access.
Join our community today!
You are currently viewing SemiWiki as a guest which gives you limited access to the site. To view blog comments and experience other SemiWiki features you must be a registered member. Registration is fast, simple, and absolutely free so please, join our community today!
GlobalFoundries Adds RF to 28nm
by Paul McLellan on 06-05-2015 at 7:00 am
View Profile
View Forum Posts

The internet of things (IoT) or internet of everything is a term that is into the red zone on the hype-meter. But it does genuinely have something of substance behind the hype. The thing that is a little deceptive is that the IoT term makes it sound like it is a market, but in fact it is several different markets: medical, automotive, … Read More

Unless you have been living under a rock for the last decade, you can’t help but notice the increased importance of RF: bluetooth, WiFi, 3G, LTE, NFC, RFID and more. There is a lot of digital design associated with these standards, especially the highest bandwidth ones, but they also all contain a radio, often called a modem.… Read More

Back in the 1990s in the middle of the 2G GSM era, cell-phone manufacturers would display a “triangle of difficulty” with a large base labeled radio, a middle smaller part labeled baseband and a little triangle on top labelled software. The idea was that the radio was incredibly difficult, then the baseband chip and… Read More 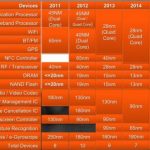 At Semicon Japan a few days ago, Subi Kengeri of GlobalFoundries delivered the keynote. While he covered a number of topics, using Tokyo’s recent win of the 2020 Olympics as a hook, one major theme was the increasing importance of processes other than the bleeding edge digital processes that get all the news.

What is leading… Read More 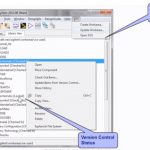 In May, ClioSoft and Agilent announced that Agilent’s Advanced Design System (ADS) was now integrated with ClioSoft’s SOS Design Data Management. I interviewed Greg Peterschmidt of Agilent at that time. The information page for the combined product, known as SOS viaADS is here. 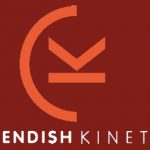 I have spent the last couple of days at the GlobalPress Electronics Summit at the Chaminade Resort in Santa Cruz. Hey, it’s tough, but someone has to do it. One interesting presentation was from Cavendish Kinetics. It is especially interesting because many years ago Cavendish was founded by Mike Beunder, who I know well since… Read More