When one thinks of CES, one typically thinks of the latest in virtual reality or huge super high resolution televisions, sophisticated drones and robots. However, what caught my eye this year came from a company you don’t typically associate with high tech gadgets and that was Carnival Corporation. Yep, the company with all of … Read More

Introducing Wearables
Wearables are small electronic devices, which comprise one or more sensors and are associated with clothing or worn accessories such as watches, wristbands, glasses and jewelry. Wearables come also with some sort of computational capability, which enables them to capture and process data about the physical… Read More

The Internet-of-Things (IoT) is gradually becoming one of the most prominent ICT technologies that underpin our society, through enabling the orchestration and coordination of a large number of physical and virtual Internet-Connected-Objects (ICO) towards human-centric services in a variety of sectors including logistics,… Read More

The proposed merger of NXP and Freescale, which creates a bigger semiconductor outfit, also brings forth some fascinating history bytes from the technology heritage that these two spin-offs carry from their respective corporate parents. In 2006, Philips Electronics sold its chip business division Philips Semiconductors… Read More

Near-field communication (NFC) technology is finally realizing its potential, thanks to the impetus provided by Apple Pay, and it’s becoming evident from the pre-Mobile World Congress (MWC) buzz coming from several makers of chips, smartphones and wearable devices.

Among the companies displaying NFC products at the 2015 … Read More

Really Apple? Tanazania Leads US in Mobile Payments
by Paul McLellan on 09-23-2014 at 1:00 am
View Profile
View Forum Posts

I was in Tanzania a few weeks ago. One of the conceits that we have in the US is that we lead the world in technology. That is true in many areas but in mobile the US is a laggard. Just look at the fuss made about NFC payments in the new iPhone given that Japan had mobile payments over a decade ago.

Another area where the US is a laggard, or maybe… Read More 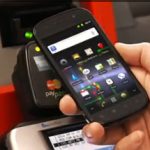 Getting a feature to take off in today’s smartphone market is tricky. It requires a combination of hardware support, OS support, app integration, and maybe most importantly carrier adoption. Ideas that seem ready technologically, like NFC, get stopped in their tracks by silly things like the William J. LePetomaine Thruway… Read More 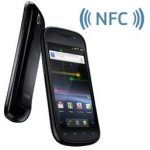 NFCis all over the news. Payments from your phone, yeah! I was wondering why this is a big deal, and why it has taken so long to gain momentum. I was issued a RFID enabled employee badge (JavaCard) 10 years ago while working at Sun. RFID is now so prevalent that Walmart attaches RFID tags to clothes. I spent an hour wading around the internet… Read More