There is huge momentum building behind AI, machine learning (ML) and deep learning; unsurprisingly ARM has been busy preparing their own contribution to this space. They announced this week a new multi-core micro-architecture called DynamIQ, covering all Cortex-A processors, whose purpose is in their words, “to redefine … Read More

Multiple processor cores are now a given in SoCs. Grabbing IP blocks and laying them in a multicore design may be the easy part. While verification is extremely important, it is only the start – obtaining real-world performance depends on the combination of multicore hardware and actual application software. What should engineers… Read More

In our fascination where architecture meets the ideas of Fourier, Nyquist, Reed, Shannon, and others, we almost missed the shift – most digital signal processing isn’t happening on a big piece of silicon called a DSP anymore.

It didn’t start out that way. General purpose CPUs, which can do almost anything given enough code, time,… Read More 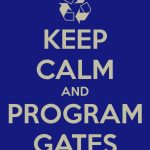 I was tempted to call this piece “if you’re not using an FPGA, you’re doing it wrong,” but that didn’t quite capture the whole picture. Social memes aside, the FPGA as we know it is undergoing a serious transformation into a full blown SoC, and 2014 is the year that will usher in one of the biggest changes in the history of embedded design.… Read More