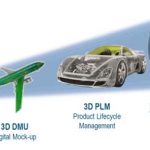 We’ve been covering the Dassault Systèmes “Silicon Thinking” platform for a while here, but, as I’m often prone to do, I wanted to explore the backstory to uncover more about the concept. With over 25M users of their product lifecycle management (PLM) solutions, why is Dassault Systèmes becoming so interested in semiconductor… Read More