While paradigm-changing innovations such as advanced driver assistance systems, electric vehicles and autonomous vehicles are just a few years from production, vehicle makers are struggling to manage the resulting safety and reliability issues. In order to reduce complexity and 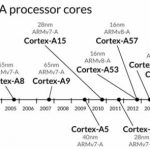 Since creating the landmark “all-you-can-eat” license with Samsung in 2002, ARM has inked several subscription deals with chipmakers and EDA firms. The latest ARM subscriber license deal just announced is for Mentor Graphics. What makes their strategy unique?… Read More

When the RISC movement surfaced in 1982, researchers analyzed UNIX to discover what instructions multi-user code was actually using, and then designed an instruction set and execution pipeline to do that better. Fewer instructions meant fewer transistors, which led to less power consumption – although in the original… Read More

DAC is in the first week of June in San Francisco as I’m sure you already know if you are reading this. Historically DAC has focused on electronic design automation (EDA) and embedded software and systems (ESS). This year there are three new areas: automotive, Intellectual Property (IP) and security. 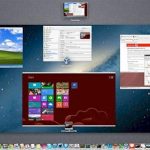 Virtualization started with VM/370 developed in 1972 at IBM (the current version is still in use). Here is how it works.… Read More 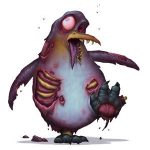 For Halloween this year, why not tell your embedded software debug horror stories at ARM TechCon? Mentor will have several campfire sessions you should consider attending, but here my Halloween thread breaks down. These three sessions are all quite cheery.

This one, Software Debug on ARM Processors in Emulationis on using emulation… Read More