Register / Log In
Guests have limited access.
Join our community today!
You are currently viewing SemiWiki as a guest which gives you limited access to the site. To view blog comments and experience other SemiWiki features you must be a registered member. Registration is fast, simple, and absolutely free so please, join our community today!
IDMs are Much Ahead of Fabless Semicon Companies
by Pawan Fangaria on 12-06-2015 at 7:00 am
View Profile
View Forum Posts 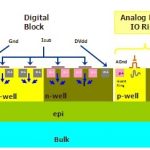 A Group of Happy Employees that Excels in Everything They Do!
by Pawan Fangaria on 01-13-2015 at 9:00 am
View Profile
View Forum Posts

I visited AtrentaNoida in August 2013 during the inauguration of its newly expanded facility. At that time, I had written about the beautiful environment Atrenta has, with its presence at many sites across the world in my blog – “Innovation + Thoughtful Management = Productive Expansion”. Innovation cannot happen without happy… Read More

Often I have been asked by students, researchers and buddying young entrepreneurs about sources of funds for new technology development and innovation. When I came across this wonderful opportunity which has a global appeal, I couldn’t resist myself bringing it to the notice of a wider audience. I admire nVIDIA supporting research… Read More 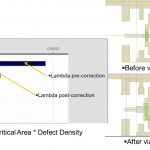 Although design for manufacturing (DFM) tools and techniques have been around for several nodes, a lot of designers remain skeptical about their actual value, especially since many products still make it successfully to market without the use of DFM.… Read More