How should we assess the risk of harmful metastability in a clock domain crossing (CDC) when the semiconductor process has significant parameter variability? One possibility is to determine the MTBF of a synchronizer at the worst-case corner of the CDC. But that approach has some conflicting complications:

A webinar presented Last week introduced two free aids to evaluating synchronizer Mean Time Between Failures (MTBF). The first, MetaACE LTD, is used to characterize the intrinsic parameters needed to calculate MTBF (tau and Tw). This limited version of MetaACE supports up to 250 circuit nodes, which is enough for a typical C-only-extracted… Read More

The reliability metric, Mean Time Between Failures (MTBF), is often misunderstood. Use of an MTBF metric generally assumes a random failure process, one that is very infrequent and has no memory of past failures. Such failure modes can occur in System-on-Chip (SoC) designs and include radiation effects, synchronizer malfunctions… Read More

As an example of the need for real-world reliability metrics, consider a modern automobile. We can already buy a car with parking assistance, collision avoidance, autonomous braking and adaptive cruise control features. These new features depend on video image processing that requires high-performance SoC components where… Read More 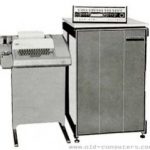 You may say, “Why should I worry about synchronizer failures when I have never seen one fail in a product?” Perhaps you feel that the dual-rank synchronizer used by many designers makes your design safe. Furthermore, those chips that have occasional unexpected failures never show any forensic evidence of synchronizer failures.… Read More 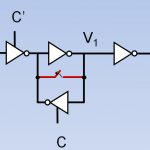 Estimating the MTBF of an SoC should always include an analysis of synchronizer reliability. Contemporary process nodes are introducing new challenges to the reliability of clock domain crossings so it is prudent to revisit how your simulation tool calculates a synchronizer’s MTBF. Let’s list the ten most common pitfalls.… Read More 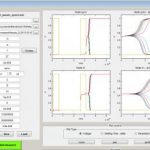 Metastability is a critical SoC failure mode that occurs at the interface between clocked and clockless systems. It’s a risk that must be carefully managed as the industry moves to increasingly dense designs at 28nm and below. Blendics is an emerging technology company that I have been working with recently, their MetaACE… Read More

In Part 1 of this topic I discussed what it takes to estimate the mean time between failures (MTBF) of a single stage synchronizer. Because supply voltages are decreasing and transistor thresholds have been pushed up to minimize leakage, the shortened MTBF of many synchronizer circuits at nanoscale process nodes is presenting… Read More