Hearables: From Earbuds to Life Augmentation and Beyond
by Kalar Rajendiran on 03-09-2021 at 10:00 am
View Profile
View Forum Posts

As the months of 2020 passed by, I started noticing more and more people sporting what looked like fashionable ear accessories. I’m of course referring to True Wireless Stereo (TWS) earbuds. With the rapid increase in online meetings due to social distancing requirements, it appeared that adoption of TWS earbuds was even faster… Read More

John Lennon reportedly once said “Reality leaves a lot to the imagination…” and now we have the technology to do something about making our reality a lot more imaginative. Unless you have been living under a rock (and there is nothing wrong with that – I just haven’t found the right rock myself) there is a LOT going on these days in the… Read More

As Pokemon Go invades the world, let me give you a firsthand player’s description of the game and why the next generation of augmented reality apps will energize the fabless semiconductor ecosystem and greatly benefit TSMC.

While I am not a “gamer” per say, I am a technologist and am always looking for new semiconductor market drivers.… Read More

Microsoft Raises The Mixed Reality Bar Yet Again With New Holographic Platform
by Patrick Moorhead on 07-15-2016 at 7:00 am
View Profile
View Forum Posts

There have been many hardware and software developments over the past 18 months in the worlds of AR and VR. However, most of them solely existed only within the separate realms of AR or VR. Many within the industry, including I, eventually see VR and AR merging into some hybrid reality that fluidly moves between the two. Some companies… Read More

Internet of Things Augmented Reality Applications Insights from Patents
by Alex G. Lee on 03-19-2016 at 9:00 am
Categories: IoT

Wireless Power Will Become Mainstream:
Wireless power will continue to gain traction with increased consumer demand charged by new products and applications. There are two different standards vying for consumer adoption; Qi and Rezence, but the consumer need not worry about a standards war because companies like Hewlett Packard… Read More

Google Glass: The Second Coming and a Brief History
by Majeed Ahmad on 02-05-2015 at 4:00 pm
View Profile
View Forum Posts

Inbar says that Google, a smart glass pioneer, not only compromised its status in … Read More

Google Glass with purpose, not just another smart wear
by Pawan Fangaria on 09-02-2014 at 4:00 pm
View Profile
View Forum Posts

Last year or earlier (when it was in the making), when I first heard of Google Glass, I was of the opinion that it’s yet another device with a screen in front of your eyes, with wearable glasses through which you can see the virtual extension of reality you are interacting with (here is a demo); a technology called Augmented Reality (… Read More 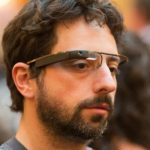 Google Project Glasses and Augmented Reality will be the tragic end to the world as we once knew it. As we become more and more dependent on mobile internet devices we become less and less independent in life. Consider how much of your critical personal and professional information (digital capital) is stored via the internet and… Read More