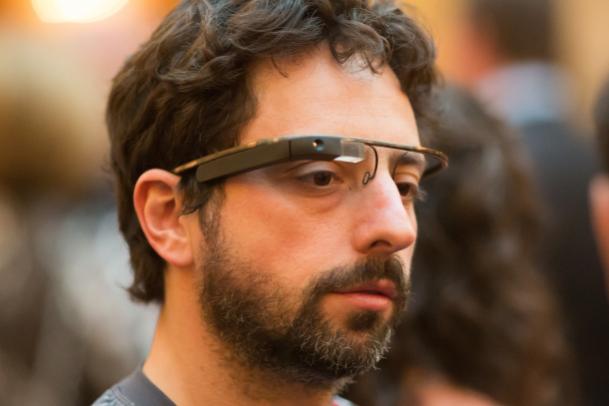 Google Project Glasses and Augmented Reality will be the tragic end to the world as we once knew it. As we become more and more dependent on mobile internet devices we become less and less independent in life. Consider how much of your critical personal and professional information (digital capital) is stored via the internet and none of it is safe. With a quick series of keystrokes from anywhere in the world your digital capital can be altered or wiped clean leaving nothing but flesh and bones!

“People of the past! I have come to you﻿ from the future to warn you of this deception. The few have used Artificial intelligence technology to enslave the many through the use of thought control. I lead a band of Anti Geeks who fight against oppressive technologies. But we alone are not strong enough.The revolution must begin now! Join us to fight for non augmented reality!”

If you haven’t read the “Daemon” and “Freedom” books by Daniel Suarez you should, if you dare to take a peek into what augmented reality has in store for us all. Daniel Suarez is an avid gamer and technology consultant to Fortune 1000 companies. He has designed and developed enterprise software for the defense, finance, and entertainment industries. The book name “Daemon” is quite clever. In technology, a daemon is a computer program that runs in the background and is not under the control of the user. In literature a daemon is a god, or a demon, or in this case both. 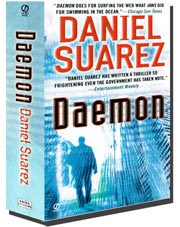 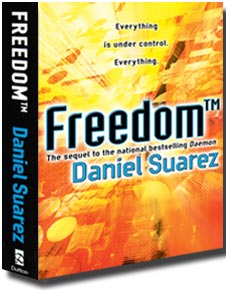 The book is centered on the death of Mathew Sobol, PhD, cofounder of CyberStorm Entertainment, a pioneer in online gaming. Upon his death, Sobol’s online games create an artificial intelligence based new world order “Darknet”, which is architected to take over the internet and everything connected to it for the greater good. The interface to Darknet is a pair of augmented reality glasses much like the ones Google is developing today. While the technology described in the books seem like fiction, most of it already exists and the rest certainly will. The technology speak is easy to follow for anyone who has a minimal understanding of computers and the internet, very little imagination is required.

The book’s premise is “Knowledge is power”or more specifically “He who controls digital capital wins”. So you have to ask yourself, how long before just a handful of companies rule the earth (Apple, Google, FaceBook)? Look at the amount of digital capital Google has access to:

There are dozens of Google products that can be used to collect and manipulate public and private data in order to thought control us and ultimately conquer the digital world.

The digital world is rampant with security flaws and back doors which could easily enable the destruction of a person, place, or thing. A company or brand name years in the making can be destroyed in a matter of keystrokes. In the book, a frustrated Darknet member erases the digital capital of a non Darknet member who cuts in line at Starbucks. Depending on my mood that day, I could easily do this.

It’s not like we have a choice in all this since the digital world is now a modern convenience. We no longer have to store our most private information in filing cabinets, safety deposit boxes, or even on our own computer hard drives. It’s a digital world and we are digital girls. The question is, who can be trusted to secure Darknet (Augmented Reality)?