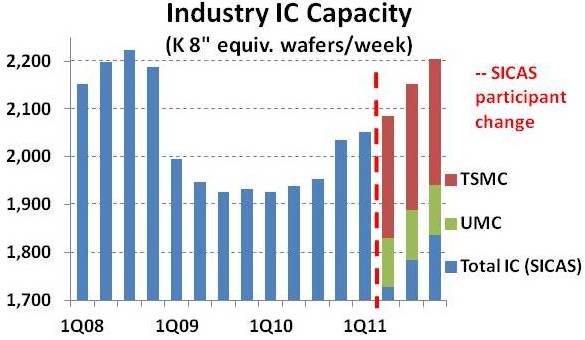 The end of SICAS is a major disappointment. The semiconductor industry has lost the definitive source of capacity and utilization data, a key component in determining the current and near term industry conditions. It is especially disappointing to me since I served on the founding executive committee of SICAS in 1995.

As with the loss of SICAS, the loss of Intel and AMD in WSTS is a significant disappointment. I was Texas Instrument’s representative to WSTS for 14 years and served a term as WSTS chairperson. However I believe WSTS will adapt and survive. The organization provides detail on numerous product and application markets which provide vital information to member companies and industry analysts. 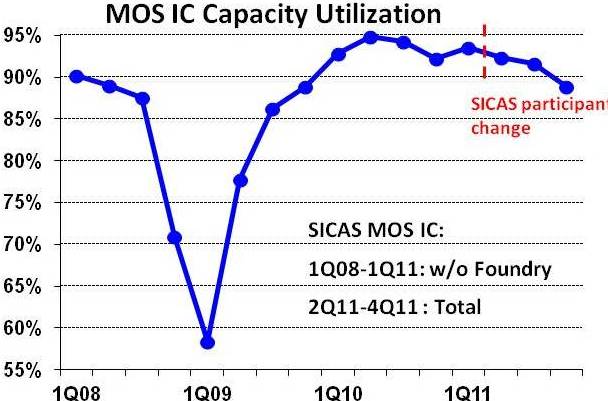 Capacity utilization will likely recover by 2Q 2012. Digitimes say industry sources expect TSMC’s 2Q 2012 utilization to be around 95% due to strong orders. Capacity growth in 1Q 2012 should be relatively flat. Combined data on semiconductor manufacturing equipment bookings and billings from SEMI and SEAJ shows billings have declined in each of the last three quarters, with 4Q 2011 down 24% from 1Q 2011. Bookings began to pick up in 4Q 2011, indicating capacity growth should resume by the second half of 2012. Year 2012 billings were $34 billion, up 8.8% from 2011. SEMI forecasts 18% growth in fab equipment spending in 2013. 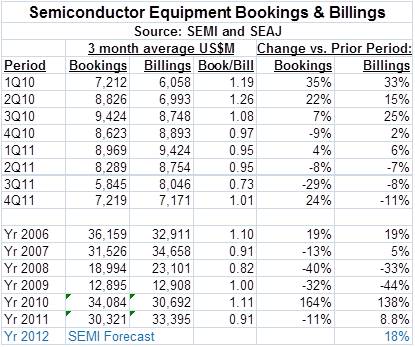