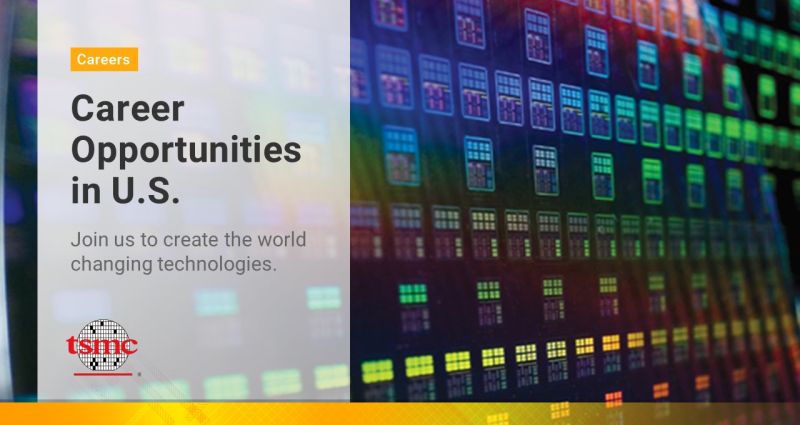 After months of back and forth TSMC finally announced plans to build a fab in Arizona. The announcement was not made in the press or on the most recent investor call but on LinkedIn. A sign of the times I guess but since they need to hire a bunch of semiconductor people it was more than appropriate.

“We’re delighted to catch up with you that TSMC had announced its intention to build and operate an advanced semiconductor fab in Arizona. This U.S. advanced foundry fab not only enables us to better support our customers and partners, we also wish to attract global talents to work with us to change the world.At TSMC, we are working consistently to provide the most advanced technologies to enrich human life. Join us to initiate and witness the new semiconductor era with remarkable people around the world. https://lnkd.in/gX-aEre”

The question is why? TSMC can build fabs in partnership with the Taiwanese Government for pennies on the dollar which is in fact one of the reasons why TSMC is the dominant semiconductor foundry. TSMC did build a leading edge fab in China to better relations with the Chinese Government but spying was a serious problem so TSMC has slowed that effort and now has extensive security protocols in place which is for the greater good of TSMC, absolutely.

One rumor is that TSMC is working with the Federal and State Government to better secure the semiconductor supply chain in the United States. The US Government is finally putting up some money to offset costs of semiconductor manufacturing in the US. Let’s not forget that manufacturing started here but was shooed away by the EPA about the time I started in semiconductors in the 1980s.

Another rumor, which I may have just started, is that TSMC and Intel are already working together in Arizona. Arizona is Intel’s home court so is it a coincidence that TSMC is landing there? Another coincidence, Intel is discussing outsourcing designs to a foundry, a decision to be made by the end of the year according to Intel CEO Bob Swan. I’m sorry but I really don’t believe in coincidence especially when it comes to TSMC. TSMC management is the best this industry has seen in decades so this storyline is all about TSMC.

Another rumor is that Samsung is in the running for the Intel outsourcing gig which was fortified by an Intel executive giving a keynote at the Samsung Foundry day last week. Or maybe that was just part of what Bob Swan said about Intel working closer with the semiconductor ecosystem? Personally I think it was a bad move by Intel to keep TSMC on its toes in the outsourcing discussions. Given AMD’s recent moves, TSMC holds all of the outsourcing cards so Intel should keep this negotiation at the utmost professional level, my opinion.

This reminds me of the head-to-head foundry battle between Altera and Xilinx. In the FPGA business the first to silicon got a market share boost. Altera was partnered with TSMC and Xilinx UMC. Xilinx actually had a dedicated floor in the UMC Hsinchu HQ. At 40nm UMC fell behind so Xilinx jumped to TSMC and actually beat Altera to 28nm. The rest is history but Xilinx beat Altera to first silicon from that day forward and now dominates the $5B+ FPGA market. AMD acquiring Xilinx makes this even more interesting. I will write more about that later because it is a great move by AMD.

Bottom line: To better compete with AMD, Intel will have to closely partner with TSMC like Xilinx did. Just my opinion of course but who would know better than me?

2 Replies to “Are TSMC and Intel Partnering in Arizona?”