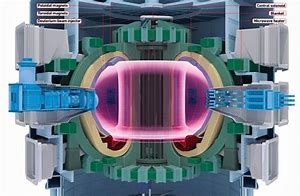 No Coal in This Stocking: VCs and Nuclear Fusion
by Bernard Murphy on 12-25-2019 at 6:00 am
View Profile
View Forum Posts

Tis the time of year when product pitches are 100% at consumers. No-one in their right mind wants to push the nerdy behind-the-scenes stuff we usually talk about. This is a chance for me to go off the rails a little and consider unusual directions in innovation. We know all about VCs underwriting self-driving cars, intelligent everything and anything, clouds, blockchain, and so on ad nauseam, but what about nuclear fusion? Everything we’re building these days needs electricity. How about non-polluting (in principle) and unbounded (ditto) power generation? Stack all unicorns on top of each other and they still can’t compete with a value proposition like that.

Fusion involves banging hydrogen nuclei together (there are variants) to create helium nuclei. This process generates net energy and powers stars. Nuclear fission also generates energy when uranium or plutonium nuclei break up into smaller and energetic bits. Fission works just fine as a power source but has us all worried about long-lived radioactive by-products and the harm they can cause. Fusion generates no such radioactive by-products (again in principle) and actually generates more energy per reaction than fission. Also its fuel is hydrogen. We have quite a bit of that around, in water. And fusion generates helium, not carbon. So far at least we have no issues with excess helium (maybe we’ll all start talking funny). Seems like a no-brainer.

Except it isn’t. We’ve been working on fusion reactors since the 1940’s, without a commercial reactor to show for it yet. You have to bang the nuclei together really hard to overcome electrostatic repulsion. And once they fuse together, you have to contain the energy to sustain continued fusion. Containing a plasma at hundreds of millions of degrees is far from trivial. But we’re still trying, certainly in universities and national labs. Lockheed and Microsoft Research have even got in on the act.

When government-funded research is struggling, maybe it’s time to encourage more private involvement. That’s the view of a number of VCs, apparently dreaming of trillion-dollar, Aramco-scale IPOs. There’s a good article in the Economist on private ventures in fusion: Commonwealth Fusion Systems (a spin-out of MIT), Tokomak Energy (a spin-out of the UK Atomic Energy Authority), General Fusion in Canada, TAE Technologies in California and First Light Fusion (a spin-out of my alma mater). Between them they have raised close to $1B in funding. Government programs inevitably have richer sponsors. The ITER reactor in Europe is already a $20B program and aims to be fully operational by 2045.

There’s a more detailed article on Commonwealth Fusion Systems, which has a much more aggressive goal – to be operational by 2025 (try getting VCs to underwrite a program that will start to deliver in 2045). They intend to start with a 50MW reactor and scale over time to 200MW, the kind of plant that could take the place of a wind or solar farm.

The CEO makes a good point – renewables will never be able to completely replace carbon-based energy sources. The numbers don’t work to scale to that level. But fusion just might. The risks associated with fusion are similar to those associated with regular industrial plants, nowhere near the risks we associate with fission. The carbon footprint will be tiny, though we have yet to determine if a helium footprint is something we have to worry about.

There’s an old joke that fusion is just 30 years away from reality, and always will be. AI was the butt of similar jokes until quite recently. Perhaps with all this public and private attention, fusion will become a reality sooner than we expected.