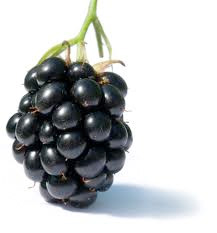 So Blackberry (formerly known as Research In Motion or RIM) is up for sale. Basically, apart from some cash in the bank, its main value now seems to be patents and, perhaps, some security technology. The murderers are in Cupertino and Mountain View, Apple’s iPhone (and iPad) and Google’s Android along with its licensees, most especially Samsung.

When iPhone was first released, Blackberry’s CEO said “In terms of a sea-change for Blackberry, I think that is overstating it.” Of course he wasn’t the only person to underestimate the impact that iPhone would have on the entire mobile market. Both Kallasuvuo, then CEO of Nokia, and Ballmer, CEO of Microsoft, made disparaging remarks about iPhone just being a handset and unappealing without a physical keyboard (like Blackberry had). Within a very short time Apple was making over half the profits of the entire mobile industry (with just 4% market share) and Samsung was making most of the rest.

Blackberry’s stock peaked at $236 soon after the iPhone launch and has gradually declined and is now under $10. They did several things wrong, not least underestimating the fact that their strong position in the enterprise market would not be affected by whatever happened in the consumer market. In fact the era of BYOD, bring your own device, started and people were not prepared to carry and iPhone for personal use and a Blackberry for business use. After all, email is email and when Blackberry was just about the only mobile device to support it (Nokia had some devices too, but mainly in Europe) it was a killer App. When every Android and iPhone had email, not to mention internet access, maps, videos and more, email was no longer enough to get every venture-capitalist and company executive to use a Blackberry. The addictiveness went out of the Crackberry.

They made an ill-advised move into tablets with the PlayBook. Astoundingly, the only tablet that didn’t support email, Blackberry’s killer App. The PlayBook needed to be paired with a Blackberry phone for that. Soon they were out of tablets.

Finally they introduced their first touchscreen devices and a completely reworked version 10 of their operating system (build on top of QNX which they had by then acquired). But it was too little, too late: consumers had already got smartphones and, by and large, would upgrade to newer versions of the phones that they were already used to.

So now, Blackberry is like a twenty year old Triumph TR-7, only useful for spare parts. And worth next to nothing. So who might buy them? I’ve no real idea. Other analysts have the usual suspects: Microsoft, Samsung, Amazon, Cisco, HP and IBM. All make some sense, but Blackberry is a tarnished brand based on aging technology.