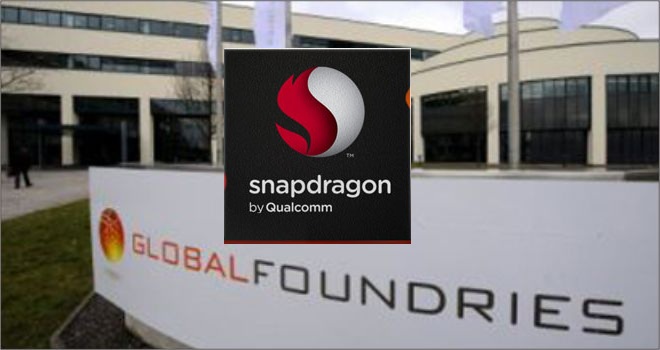 Qualcomm has a nice problem to have: too much demand for its Snapdragon and 4G LTE baseband parts. How Qualcomm realigns its manufacturing strategy around this problem will determine whether or not they can breakaway from the ARM camp and go toe to toe with Intel. Last week Malcolm Penn claimed TSMC was too big to fail. Really? The World’s Monetary authorities truly can backstop any bank they want by running the printing presses but there are no backstops if for example an earthquake rips through Taiwan or if trade barriers pop up around a world fighting off weak economic conditions. This and other reasons make it interesting that Qualcomm last week has reportedly signed an agreement with Global Foundries to manufacture 28nm production.

They say that too much success can breed contempt. Lately we have watched as every major semiconductor firm (sans Intel) adopted ARM’s architecture for the Mobile Tsunami Market. Then with the exception of Samsung (and Apple), everyone headed to TSMC for their 28nm production. As TSMC tried to satisfy everyone and enlarge their family, they naturally had to short an existing customer: thus the Qualcomm dilemma. If Qualcomm stays with TSMC then they will need to pony up $5B for their own guaranteed fab and supply. Paul Jacobs, the CEO of Qualcomm acknowledged this in a recent BusinessWeek article. However owning a fab or investing in Capex to guarantee destiny results in stock P/E compression in Wall Street’s Playbook and Qualcomm wants to avoid being denied the “Darling” Status.

Perhaps there is another model.

Years from now we will all probably recount how AMD tried to save themselves by divesting of manufacturing and process development. If nVidia and Broadcom could be successful by going Fabless then perhaps it will work for the x86 market? It hasn’t and in the end it was the radical shift to one-handed mobility that doomed low cost x86. ARM receives much of the early low cost benefit.

With the except of the truly low cost desktop or heavy laptop, what we are witnessing is that the Server Market and leading edge Mobile PCs (ultrabooks and Apple MAC Airs, MacBook Pros) and Smartphones (soon tablets) require leading edge process technology and integration across the board. Intel leads in maximizing Performance/Watt with its Ivy Bridge in 22nm process while Qualcomm has the edge in integrating the processor, graphics and baseband on the 28nm Snapdragon chip.

Never the twain shall they meet and partner.

And so as AMD departed Global Foundries for the well spring of TSMC, joining the rest of the herd, an opportunity arose for Qualcomm to gain control of their destiny at a discount. The bi-yearly screams of low yields and high wafer costs emanating from Nvidia this year seemed louder and perhaps signaled that TSMC had gained an upper hand in the fabless business model.

Qualcomm is much larger and more profitable than Broadcom, Marvell, nVidia and the rest of the ARM camp and should receive special treatment. They are the only supplier that Apple can’t dismiss or be demanding in price negotiations. They are at the moment, however, vulnerable with their dependence on TSMC. With Global Foundries, they can get virtually unlimited supply at what I am guessing is a significant discount on wafer pricing. In addition they will get the full attention of its fab resources while significantly delaying any need for writing the big Capex check. If by mid 2013, Qualcomm recovers to be the majority supplier of Snapdragon and 4G baseband chips at the expense of the rest of the Mobile ARM Camp then they will be in a much stronger position to compete with Intel across the entire range of Mobility. Consolidation is coming quickly to Mobile Tsunami.