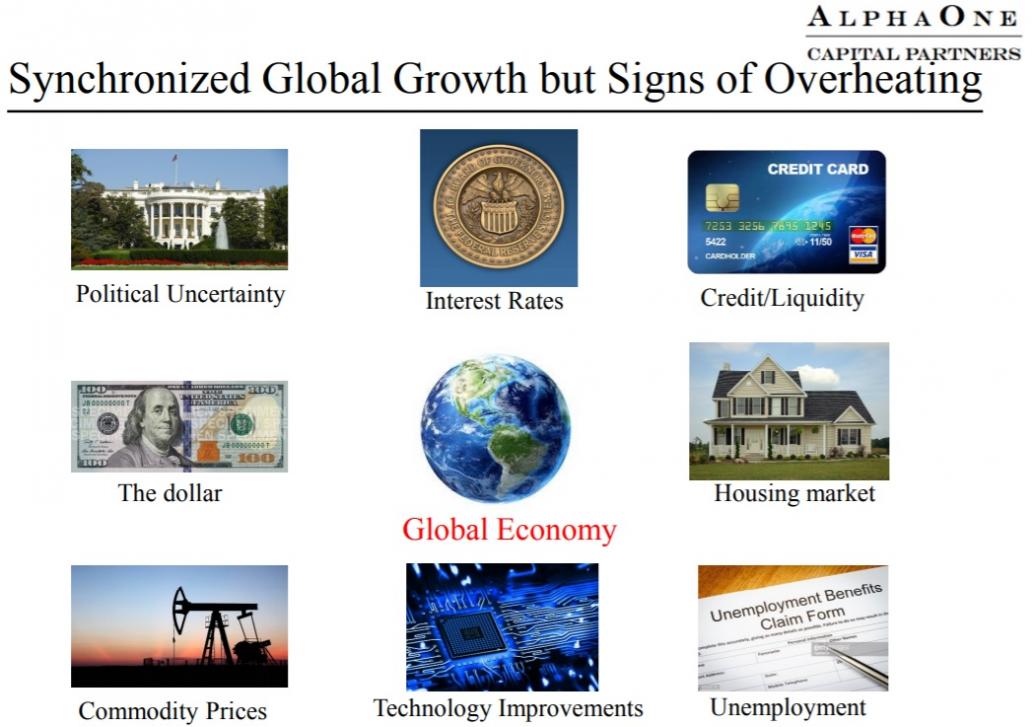 The SEMI Industry Strategy Symposium (ISS 2018) started today with session one on economic trends. Daniel Niles (Alpha One Capital Partners) started it off with “A Golden Age for Global Growth – Semiconductor revenues up over 20% y/y (The Good News is Also the Bad News)”. The good news of course is that semiconductors continue to play a critical role in commercial “quality of life” products and infrastructure (cloud) and defense products (HPC/AI). The bad news of course is that it may not last.

Daniel presented 41 slides covering a wide variety of economic indicators which point to a possible cooling down period. Daniel’s predictions for the short and long term were summarized in his ending slides:

Predictions for Semi Industry over the Long-Term:

The full presentations are online for attendees and SEMI members. There is a LOT of information here and I’m a big fan of Daniel Niles so if you want to discuss this in more detail let me know in the comments section or on SemiWiki.com private email. Personally however, I see no barriers to double digit semiconductor growth for 2018 and am very optimistic in regards to the continued success of the fabless semiconductor ecosystem, absolutely.