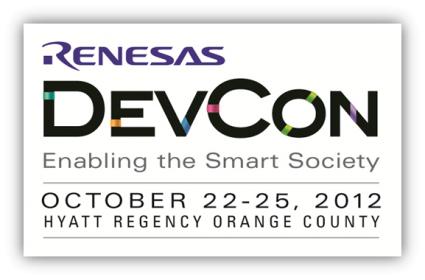 
Insights? Sustainable mobilityclearly emerged as one of the big challenges, requiring both technical solutions and government/infrastructure/other aspects. Ian commented: Burning oil is a problem; some vehicles burn natural gas; we focus on electric cars, but the problem is still energy! Michael Grimes: It’s the same as always, we need to be more efficient, but we’ve picked all the low hanging fruit, so it becomes more expensive to improve efficiency. Now, MPUs for state-dependent behavior (based on altitude, warm or cold engine, etc.) may help reduce energy consumption. Yano-san: Automotive MPUs used to consume a lot of power, now they consume less; this allows tens of MPUs per car. Bob: Electric vehicles are even more sensitive to electronics power (range problem). New opportunities in controller design to lower power consumption. Ian responded: But, electric cars consume lots of amps, the MPU power is negligible. Bob: We need infrastructure for charging vehicles, complex issues.

Money, money, money:spirited discussion of why $40K for an electrical vehicle (EV) comparable to a $20K auto! In defense: expensive batteries, motors, extra electronics, low tire rolling resistance, etc. Lots of redundancy: electric storage and fuel storage, more cooling systems, engines for electric and fuel. The bad news: “The MPUs cost nothing compared to other components. so Moores Law will not help us….nor will volume. We may get to fewer, larger chips per car, take some silicon costs out, but this is a small part.”

Panelists also discussed the types of vehicles that represent the biggest growth for electric or hybrid propulsion. Ian stated, yes, look for vehicles that use a LOT of fuel, such as heavy duty trucks; especially those with a lot of stop/start action like garbage trucks (3 year payback for them vs passenger cars, which today require 7 yrs or government subsidy for ROI.) Range anxiety is a huge problem for electrical cars. Big batteries increase weight and cost, as well as time to ROI so range-extended EVs are important, because they can use existing infrastructure (gas). Michael G: Range anxiety is very real; why Chevy Volt is successful. Mike B: Other technologies like solar, wind, must be stored, so battery technologies must evolve for many applications.

AUTOSAR:effective in addressing industry challenges? Mike G: Autosar is to automotive software as Windows is to pc software…..(laughter.) The general consensus was that Autosar does not achieve all goals, but achieves many of them: not perfect; definitely committee-developed; and its layered OS can represent significant overhead when in real time and need fast response. But, it’s the predominant architecture, helps manage complexity (100M lines of code per car typical), and is a good first step to unify the industry which is key. Note: many Tier 1 companies say they have taken Autosar and customized it.

Autonomous vehicleswere recently touted, will this be a revolutionary or evolutionary change? 2 years or 10? In fact, depending on how we define autonomous, many capabilities already available in the helped or aided category, like cruise control and backup visibility/ monitoring. Ian said, his cars have driver assistance like slip control and they could go further, but don’t; must use driver control as gospel to avoid liability, especially in the US. Panelists felt the time will come; safety must be considered; needs lots of computing power, but we have this technology. Opportunities: Lots more electronics!!! Much more throughput would need to be added. Wireless and infrastructure. Sensing as well as compute power. Power and heat management for added electronics. Yano-san commented that active safety and autonomous cars are definite roadmap drivers; constant balance needed re: capability and power consumption of chips (sensors and processors.) A very exciting area. Emerging opportunity for vehicle-to-vehicle standard communications… standards important here… this fuels the dream of fully autonomous vehicles.

Have software toolshelped automotive get this far?
A resounding YES and thumbs up to model-based design, design re-use, and tools that support huge projects with many people, distributed around the world.

Toshihide Tsuboi, Senior VP for MCU Business at Renesas,contributed a
perspective: Previously, in the first wave, minimizing fuel consumption, and emissions, were the main drivers for advanced electronics controls in automotive. The current frontier is functional safety, such as ISO26262 standards, and again MCUs must handle these challenges. Next, the exciting emerging area is ADAS, Advanced Driver Assistance Systems, which includes performance of MPUs for information handling, as well as sensors, displays, etc. At this time, no one really knows yet the amount and speed of information that will ultimately be involved in sophisticated ADAS, but it is increasing dramatically.

Takeaway: As Michael Grimes commented, electronics has made all the difference in the last few decades! Complexity up, power down. Great opportunity persists for automotive semiconductor and electronics companies who accurately gauge and respond to the trends…and thanks to Renesas DevConand all panelists for sharing the insights!

(Note: The above is paraphrased from notes, not verbatim, captured gist of remarks.)