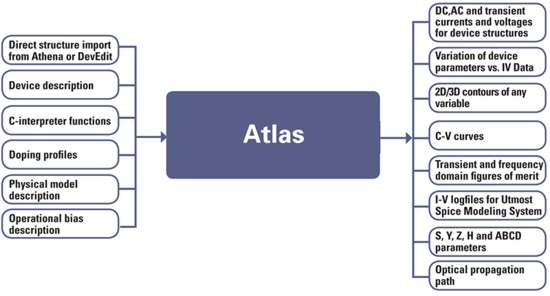 I’ve run SPICE circuit simulators since the 1970’s and they use transistor models where the device parameters are provided by the foundry. These transistor and interconnect parameters come from an engineer at the foundry who has characterized silicon with actual measurements or by running a TCAD (Technology CAD) tool that is physics-based.

In the 1970’s at Intel the process engineers would come up with an idea to improve the speed or power of our DRAM technology, run a lot through the fab, and about 7 days later they would start to measure the results of their idea to validate it. Today, there’s not enough time to physically run through new process ideas as silicon and then measure the results, instead these process engineers are using TCAD tools to simulate the behavior of the transistors before fabrication and then predict what the SPICE parameters will be.

A long-time TCAD tool provider is Silvacoand their engineers recently wrote abouthow to simulate single-crystal gallium oxide (Ga[SUB]2[/SUB]O[SUB]3[/SUB]), a new material aimed at power device applicationsbecause it has a wide bandgap. Their device simulator is called Atlas, and here are the tool inputs and outputs:

Researchers from NICT in Japan had published their work on this new oxide compound semiconductor in June 2013, so the folks at Silvaco used that experimental data to then build the device structure and doping profile with the Atlas tool: 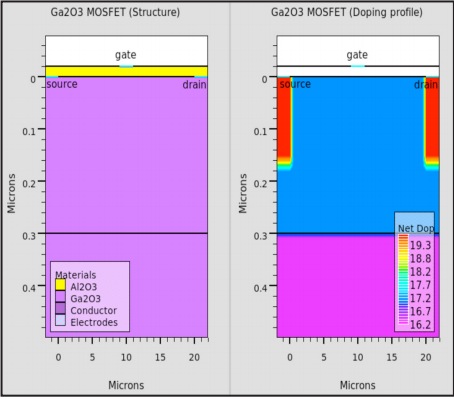 Once you have the device structure and doping profile, some assumptions are needed about the channel layer and dopant concentration levels.

The Japanese researchers had published their Drain Current versus Voltage curves, so at Silvaco they compared Atlas results (green) versus measurements (red) and saw excellent correlation: 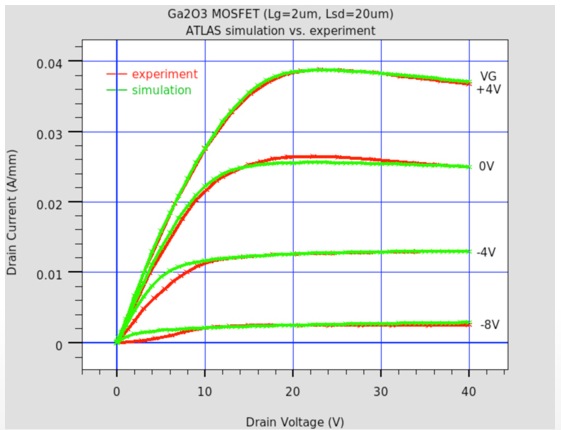 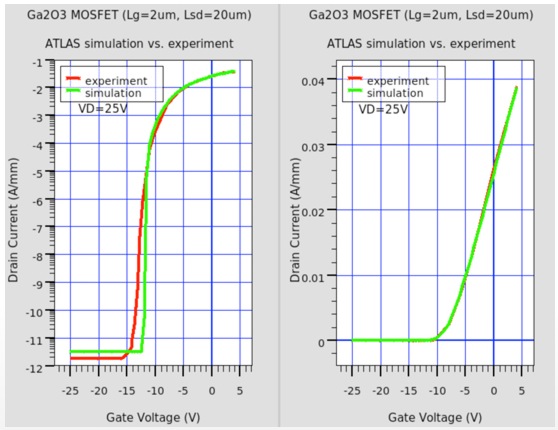 Another Silvaco tool for process simulation called Athena was used for reproducing the multiple Si implantation profile using a BCA amorphous material implants model. Once again, the simulated results were compared with the reported experimental results to confirm the accuracy: 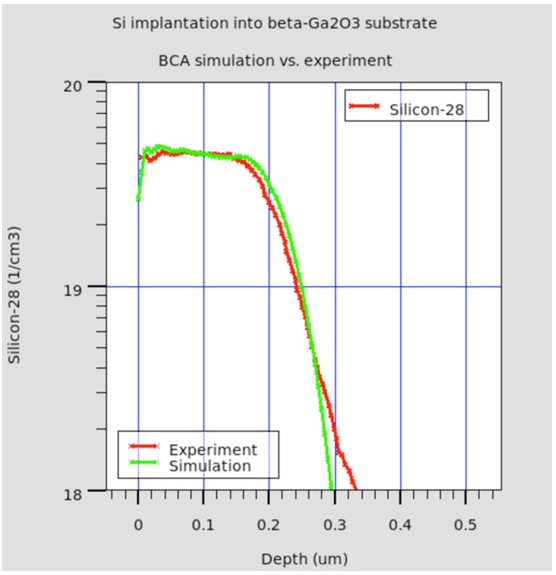 Summary
For new types of devices like Ga[SUB]2[/SUB]O[SUB]3[/SUB] MOSFETs, you can run a TCAD tool like Atlas to simulate, experiment and even optimize the DC and transfer characteristics prior to actual fabrication or after initial fabrication experiments. This emerging oxide compound semiconductor may soon be in production for power device applications because of its properties being superior to GaN and 4H-SiC materials.

Further Reading
Silvaco publishes a quarterly newsletter all about TCAD advancements which you can find here.