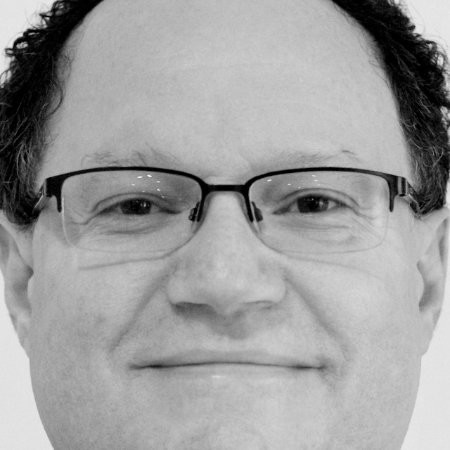 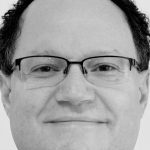 Howie began his career at Digital Equipment Corporation working on real-time device drivers, but within a few years started working at the other end of the stack with one of the pioneering electronic mail systems.  Since then, Howie has worked on developing systems involving electronic mail, workflow processing, configuration management, and activity management.  He joined Atria in 1994 shortly before they went public to work on ClearGuide, and subsequently worked on several projects with Atria, Pure Atria, Rational and IBM involving systems and user interface architecture, design and development involving both ClearCase and ClearQuest.  He is currently the product manager for HCL’s configuration and change management products, VersionVault and Compass, as well as ClearCase and ClearQuest.

Hi Howie.  Welcome to Semiwiki. Could you tell me a little about HCL?
Of course.  HCL may be known by many of your readers as an Indian company that traditionally has been involved with software and hardware services.  We’re a $10B USD company, with over 110,000 employees working around the world, with most revenue derived in the United States and Europe.  What’s different now is that we have created a software company, HCL Software.  In 2016 we entered into an agreement with IBM, where for many IBM software products,  HCL is responsible for the development and support of the products under agreement with IBM, and all of the IBM development and support engineers were rebadged to HCL, so none of the decades of experience were lost in the transition.

What does this agreement with IBM allow HCL to do?
This agreement is a 15-year intellectual property agreement that automatically renews after 15-years.  In fact, during the previous year IBM sold several products covered under this agreement and are now fully owned, developed, supported and sold by HCL.   For the remaining products, in addition to supporting IBM customers, HCL has ownership of the of the IP as well.  HCL may create, market and sell products that are derived from the IP of the products we are developing and supporting for IBM.  The products that I am responsible for, HCL VersionVault and HCL Compass, are products derived from IBM ClearCase and IBM ClearQuest, enterprise scale configuration and change management products.  IBM has never created an agreement like this before, and that speaks to the trust it has in HCL’s ability to manage the development and support of the products.

Tell me more about your products, and why they might be relevant to our readers?
I think the term used by your readers to describe these products Is “Design Management”. In particular, HCL VersionVault, traditionally a “software” configuration management product, has always been capable of managing huge designs and very complex systems.  About 10 years ago, at the request of some customers, we created an integration with Cadence Virtuoso.  Over the years we have continued to improve this integration and our customers have migrated from other Design Management tools to ours.  The integration is a deep integration, fully embedded in Cadence Virtuoso, written in SKIL.  This allows the designer to fully interact with the design management system without leaving Cadence Virtuoso.  There are several attractive features that provide significant benefit for our customers.

Could you tell me about some of those features?
Yes, the crown jewels.  Design management and configuration management systems rely on what we call a workspace where an engineer will access the assets they need to use or change. Pretty much every system out there relies on copying files to the workspace or creating links in the workspace to server-based files, which must later be converted to local files for performance reasons. HCL VersionVault uses a virtual filesystem to provide fast, transparent access to any file on the server. Any tool that works against files on the filesystem can work against files in what we call a “Dynamic View”. The workspace is created instantaneously, and the user can start browsing and opening files immediately, or running builds or simulations.  This is incredibly useful when workspaces can contain tens, or hundreds of gigabytes of data.  While this technology has traditionally required both clients and servers to be co-resident in the same LAN, a couple of years ago we introduced a workspace that uses this technology in a WAN environment.

Another important feature of HCL VersionVault is what we call configuration specifications, or “config specs” for short.  A config spec is a set of rules that identifies which files should be visible in the workspace.  Config spec rules include pathnames where files or directory trees are located, what identifier should be used to select the file, a branch, which might define what release the files are on, a label (previously applied to an important build or release), a time rule, which might specify that only versions created before a certain date/time should be included.  They are extremely powerful and allow very specific, repeatable configurations.  You can resurrect a config spec a decade after its last use and instantaneously recreate that configuration, along with all of the tools used for builds, simulations or verification, to diagnose or fix a defect or implement an enhancement to that release.

In addition, we have something is very useful for projects that have auditing and compliance requirements.  When using Dynamic Views, if builds are run under “clearmake”, or “clearaudit”, any tools used, any versions touched, and any assets created are included in an automatically generated bill of materials associated with the assets created.  The BOM show exactly which tool versions were used and which files versions were used, in the creation of that asset.  This BOM can not only be used to demonstrate the validity of the resulting asset but can also be extremely helpful in tracing a problem detected during testing.  We have pharmaceutical and medical device companies that have used this technology to streamline their approval process with the FDA.

That sounds like very interesting, powerful technology.  That’s a very compelling story for HCL VersionVault.  What can you tell me about HCL Compass?
HCL Compass is an interesting product.  There are many who don’t know much about it that think of it as a defect tracking system, but it is so much more than that.  I like to describe it as a fully customizable workflow and process management database application tool.  I know, that’s a mouthful.  We do support out-of-the-box applications, the simplest of which is the Defect Tracking application.  We also have a more robust ALM (application lifecycle management) application.  A major chip manufacturer uses a customized ALM schema to manage their global chip development.  We’re working to expand those out-of-the-box applications to fully support the Scaled Agile Framework (SAFe) as well as more traditional Requirements Management and Quality Management applications.  The amazing thing about HCL Compass is that it is fully customizable in every aspect, from the data stored, the user interface to enter and change data, and the process that can executed on almost any user interaction.  We have some customers who have created their own applications, including a North American government, which manages their social security claims with our product.

Can you talk about what HCL is doing now that they are responsible for the development and support of the IBM products as well as the HCL derivative products, VersionVault and Compass?

HCL is investing significantly in both products.  Since entering into the agreement with IBM, we have more than doubled the size of the development teams, and are beginning to market the HCL products.  Our investments have been focused in several areas, including primarily modernization of the products with current technologies.  We are implementing REST APIs, webhooks, new GUIs, cloud and container support, and functional enhancements our customers have been asking for.  IBM has traditionally not done product marketing. HCL on the other hand has started doing our own product marketing.  Some of your readers may have seen us at the Cadence CDN Live! conferences over the past year.  We plan to continue our attendance as exhibitors there and expand to other conferences as well.  We’re also in the process of expanding our EDA footprint with an integration with Synopsys Custom Compiler, and are considering other tools as well.

One Reply to “Executive Interview: Howie Bernstein of HCL”