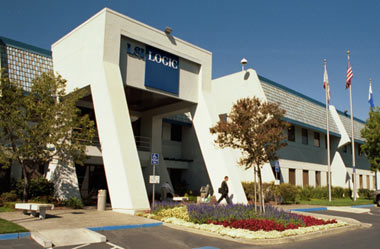 ASIC turned out to be a difficult business to make money in. The system company owned the specialized knowledge of what was in the chip, so the semiconductor company could not price to value. Plus the system company knew the size of the chip and thus roughly what it should have cost with a reasonable markup. The money turned out to be in the largest, most difficult designs. Most ASIC companies could not execute a design like that successfully so that market was a lot less competitive. The specialized ASIC companies that could, primarily VLSI Technology and LSI Logic again, could charge premium pricing based on their track record of bringing in the most challenging designs on schedule. If you are building a sky-scraper you don’t go with a company that has only built houses.

As a result of this, and of getting a better understanding of just how unprofitable low-volume designs were, everyone realized that there were less than a hundred designs a year being done that were really worth winning. It became a race for those hundred sockets.

Semiconductor technology continued to get more powerful and it became possible to build whole systems (or large parts of them) on a single integrated circuit. These were known as systems-on-chip or SoCs. The ASIC companies all started to build whole systems such as chipsets for PCs or for cell-phones alongside their ASIC businesses which were more focused on just those hundred designs that were worth winning. So all semiconductor companies started to look the same, with lines of standard products and, often, an ASIC product line too.

One important aspect of the ASIC model was that the tooling, the jargon word for the masks, belonged to the ASIC company. This meant that the only company that could manufacture the design was that ASIC company. Even if another semiconductor company offered them a great deal, they couldn’t just hand over the masks and take it. This would become important in the next phase of what ASIC would morph into.

ASIC companies charged a big premium over the raw cost of the silicon that they shipped to their customers. ASIC required a network of design centers all over the world staffed with some of the best designers available, obviously an expensive proposition. Customers started to resent paying this premium, especially on very high volume designs. They knew they could get cheaper silicon elsewhere but that meant starting the design all over again with the new semiconductor supplier. 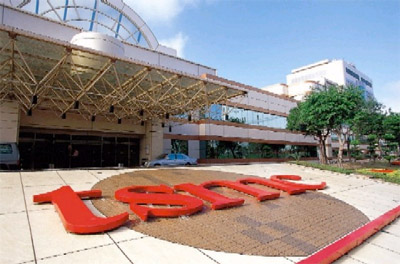 Also, by then, two other things had changed. Foundries such as TSMC had come into existence. And knowledge about how to do physical design was much more widespread and, at least partially, encapsulated in software tools available from the EDA industry. This meant that there was a new route to silicon for the system companies, namely ignore the ASIC companies, do the entire design including the semiconductor-knowledge-heavy physical design, and then get a foundry like TSMC to manufacture it. This was known as customer-owned-tooling or COT, since the system company as opposed to the ASIC company or the foundry, owned the whole design. If one foundry gave poor pricing the system company could transfer the design to a different manufacturer.

However, the COT approach was not without its challenges. Doing physical design of a chip is not straightforward. Many companies found that the premium that they were paying ASIC companies for the expertise in their design centers wasn’t for nothing, and they struggled to complete designs on their own without that support. As a result, companies were created to supply that support, known as design services companies.

Design service companies played the role that the ASIC companies’ design centers did, providing specialized semiconductor design knowledge to complement the system companies’ knowledge. In some cases they would do the entire design, known as turnkey design. More often they would do all or some of the physical design and, often, manage the interface with the foundry to oversee the manufacturing process, another area where system companies lacked experience.

One company in particular, eSilicon, operates with a business model identical to the old ASIC companies except in one respect. It has no fab. It actually builds all of the customers’ products in one of the foundries (primarily TSMC).

Another change has been the growth of field-programmable gate-arrays (FPGAs) which are used for many of the same purposes as ASIC used to be.

So that is the ASIC landscape today. There is very limited ASIC business conducted by a few semiconductor companies. There are design services companies and virtual ASIC companies like eSilicon. There are no pure-play ASIC companies. A lot of what used to be ASIC has migrated to FPGA. A Brief History of ASIC Part I is HERE.

0 Replies to “A Brief History of ASIC, part II”