Given the recent acquisitions the ASIC business is coming full circle as a critical part of the fabless semiconductor ecosystem. The most recent one being the SEMIFIVE acquisition of IP industry stalworth Analog Bits. These two companies came to the industry from opposite directions which make them a perfect match, absolutely.… Read More 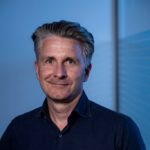 John Mortensen is the CEO & CCO of Comcores. He has been with Comcores since 2019, and has been leading the commercial function since 2020 and was appointed CEO in early 2021. John is focused on creating the best possible customer experience when you do business with Comcores. An experience where you, as a customer, sense how … Read More

In 1991, I arrived in Glasgow to become a lecturer in Glasgow University, attracted by the Silicon Glen – the heart of semiconductor manufacturing in Europe. Here are few facts:

Building a custom chip for edge computing applications can be quite daunting. For starters, there is very little power available at the edge, so energy efficiency will be top of mind. The whole point of edge processing is to off-load the time-consuming and costly process of sending data to the cloud, so substantial processing capability… Read More

An FPGA-Based Solution for a Graph Neural Network (GNN) Accelerator
by Kalar Rajendiran on 08-03-2021 at 6:00 am
View Profile
View Forum Posts

Earlier this year, Achronix made a product announcement about shipping the industry’s highest performance Speedster7t FPGA devices. The press release included lot of details about the architecture and features of the device and how that family of devices is well suited to satisfy the demands of the artificial intelligence … Read More

Dan and Mike are joined by Graham Curren, founder and CEO of ASIC specialist Sondrel. Graham discusses the challenges of designing ASICs at the leading edge from a technology, design team and customer perspective. He explores where the real challenges are in building these types of chips and how Sondrel meets those challenges.… Read More 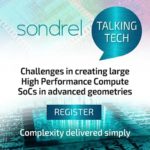 When we think about Compute and AI SoCs, we often focus on the huge numbers of calculations being carried out every second, and the ingenious IPs that are able to reach such high levels of performance. However, there also exists a significant challenge in keeping the vast quantities of data flowing around the chip which is solved … Read More

Shooting beyond the hill…

In former times (think WW1 before GPS and satellites), an artillery battery trying to shell targets out of sight behind a hill would have to rely on an approximate grid reference and a couple of soldiers on top of the hill (who could see the target) to tell them where the shots were landing. These range finders… Read More

Digital Filters for Audio Equalizer Design
by Rhishikesh Agashe on 03-06-2021 at 6:00 am
Categories: eInfochips, Semiconductor Services

Equalizers were initially designed and developed for movie theaters and amphitheaters or outdoor areas but now they have become ubiquitous. Equalization is essential for creating professional sound and creating real life like sound effects. Equalizers are used for controlling the energy/loudness of a particular frequency… Read More