Wally Rhines’ keynote at U2U, the Mentor users’ group meeting, was about Mentor’s strategy of focusing on what other people don’t do. This is partially a defensive approach, since Mentor has never had the financial firepower to have the luxury of focusing all their development on sustaining their products and then make acquisitions of startups to get new technology. Even when they have acquired startups, they have tended to be ones in which nobody else was very interested.

In his keynote at DAC in 2004, Wally pointed out that every segment basically grows fast as it gets adopted and then goes flat. This is despite the significant investment that is required to keep products up to date (for example, there has been no growth in the PCB market despite the enormous amount of analysis that has been added since that early market phase). Once there are no new users moving into a product segment then the revenue goes flat. Consequently all the growth in EDA has come from new segments. Back 8 years ago Wally predicted that the growth would come from DFM, system level design and analog-mixed signal. DFM has grown at 12% CAGR since then, ESL at 11%, formal verification at 12%. But mainstream EDA grew at just 1%.

So that raises the question of what next? Which are the next areas that Mentor sees as adding growth. 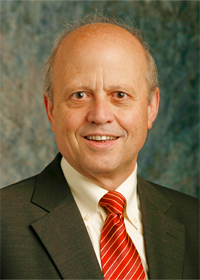 First, low power design at higher levels. Like so much in design, power suffers from the fact that you only have accurate data when the design is finished and you have the least opportunity to change it, whereas early in the design you lack good data but it is comparatively influence it. Embedded software is increasingly an area that has a lot of effect on power and performance but the environments for hardware design are just not optimized for embedded software. Mentor has put a lot of investment into Sourcery CodeBench to enable software development on top of virtual platforms, emulators, hardware and so on. To give an idea of just how different the scale is in embedded software versus IC design, there are 20,000 download per month.

Second, functional verification beyond RTL simulation. Most simulation time is spent simulating things that have already been simulated. By being more intelligent about directing constrained random simulation, Mentor is seeing reductions of 10 to 50 times in the amount of simulation required to achieve the same coverage. With server clock rates static and multicore only giving limited scalability, emulation is the only way to do full-chip verification on the largest designs and increasingly surrounding an emulator with software peripherals makes it available to dozens of designers to share.

Third, physical verification beyond DFM. Calibre’s PERC (programmable electrical rule checking) allows much more than simple design rules to be checked: power, ESD, electromigration, or whatever you program. 3D chips also require additional rule checking capability to ensure that bumps and TSVs align correctly on different die and so on.

Fourth, DFT beyond just compression. Integrating BIST with compression and driving compression up to 1000X. Moving beyond the stuck-at model and looking inside cells for all the possible shorts and opens which catches a lot more faulty parts that pass the basic scan test. 3D chips, again, require special approaches to test to get the vectors to the die that are not directly connected to the package.

Fifth, system design beyond PCB. This means everything from ESL and the Calypto deal, to chip-package-board co-design.

Well, something is working. Mentor have gone from having leading products in just 3 of Gary Smith EDA’s categories to 17 today, on a par with Synopsys and Cadence. And, of course, last year was Mentor’s first $1B year, making Mentor the #2 EDA company.