According to a study released on the eve of CES by Accenture “heightened data security concerns, falling demand for smartphones and tablet PCs, and stagnant growth in the Internet of Things (IoT) market” are combining to stymie consumer electronics industry growth. While slow uptake of new products is normal, data security concerns is new.

New products in new product categories have enough of a struggle building consumer mindshare and acceptance without collateral concerns regarding security and privacy violations. Unfortunately, this is the brave new world confronting the consumer electronics industry and reflected in the myriad of new IoT devices on offer at CES 2016.

The report dovetailed nicely with reports that smartphone makers were running out of new ideas. As if on cue, Apple’s stock took a plunge along with a broader stock market dive.

In its polling of 28,000 consumers across 28 countries, Accenture found that nearly half (47%) of respondents reported security concerns and privacy risks among the top three barriers to buying an IoT device and service. IoT devices include smartwatches, wearable fitness monitors, and smart home thermostats, among others.

Notes Accenture: “Of the survey respondents who indicated they either own or plan to buy an IoT device this year, nearly three-quarters (69 percent) said they know that these products are capable of being hacked and therefore can result in stolen data or device malfunctions.

“Within the groups of IoT device owners or those planning to buy one in the next year, more than one-third (37%) decided to be more cautious when using these devices and services; 24% chose to postpone buying an IoT device or subscribing to an IoT service; and 18% quit using their IoT devices or terminated their IoT services until they can get safer guarantees.”

Accenture has touched a nerve in the technology industry. Developers of products, services and applications regularly tout the benefits of connectivity, while consumers tune into terrifying tales of hacking, intrusion, privacy violations and identity theft.

My favorite personal experience came when I tried to share my own pleasing experience with Chromecast with an automotive industry executive. This executive, from a big data service provider to multiple industries, indicated that she would never use Chromecast because she didn’t want Google to know what she was watching on television.

I had to admit this was a consideration that had never occurred to me. But as we move into a world of universal connectedness and always-on-ness – the concern is real.

Anyone doing Christmas shopping this year could hardly have missed the myriad of Youtube videos of hoverboards catching fire in and outside of people’s homes prior to the devices being banned from airplanes and CES. The equivalent experience for an IoT device would be an unexpected sharing of a consumer’s personal and financial data with recipients unknown. (Or a catastrophic failure instigated by a software update as noted here: “Consumers Feel Peril of Connectivity” – http://tinyurl.com/hrs75hg – EETimes)

Our expanding connectedness is supposed to speed our medical diagnoses, help us find superior service providers and bring an end to car crashes and the related fatalities and injuries. Achieving this nirvana, though, requires a giant leap of faith. According to Accenture, this is a leap that a substantial number of consumers are not willing to make.

My home heating and air conditioning system failed last year, giving me an unexpected and unwanted expense. It also gave my home a Wi-Fi-enabled thermostat. I had been joking about car companies talking up the ability to change a thermostat from a car’s infotainment system – or a smartphone – and now I was confronted with owning a device with this capability.

I have to be honest that I was relieved to not be the owner of a Nest. I personally was uneasy at the prospect of a Google device wired into my home. I was much happier with the generic device affixed to my wall – even though I may actually be less secure than I would be using the device from Google.

This is the real problem. As consumers we are not only concerned about privacy and security, we also have prejudices and superstitions which may lead to poor decision making.

Cars represent the fastest growing category of connected devices and the prospective safety enhancements from connectivity for drivers are significant. But the industry and consumers remain conflicted and confused regarding vehicle connectivity to the extent that car dealers never know whether to raise the subject or not.

A car dealer will not hesitate to promote SiriusXM satellite radio service to a new car buyer – especially since the dealer and the car maker are compensated by SiriusXM to do so. It so happens that satellite signals are coincidentally highly secure. There’s no guarantee that the dealer will mention the cellular-based telematics system in the car – unless the customer is buying a Tesla in which case wireless connectivity is included and mandatory.

When it comes to cars, like smartphones, maybe what is needed is an off switch. Mercedes Benz claims to provide such a switch. The concept is directly comparable to the “privacy” function on the smartphone.

But cars will increasingly need to be connected at all times to ensure safety, which is why the industry is wrestling with the means and methods to anonymize data while simultaneously using the data to improve the driving experience. Security remains elusive for the auto industry and can be expected to remain so for some time. It is therefore no surprise to see the U.S. Department of Transportation allocating $400M over four years to tackle vehicle security issues.

Privacy in the auto industry will remain a challenge as drivers increasingly seek personalized experiences in their cars. Car makers face perhaps the greatest of all product making challenges in creating a safe and secure environment and preserving user privacy in a device moving at 60 miles an hour constantly in danger of a disastrous crash.

Smartphone owners rarely face life-threatening circumstances while using their phones, which may be why smartphone sales can be expected to rise unabated.

Car makers have the toughest job and face a higher barrier than ever before in a world of connected things and anxious consumers. In spite of these obstacles, consumers bought more cars in the U.S. last year than ever before and the adoption of connected car technology is proceeding steadily. Maybe the connected car will be the exception that proves the wisdom of Accenture’s finding. Some of the best new capabilities for cars, such as autonomous driving, will be enabled in the future by wireless connections. 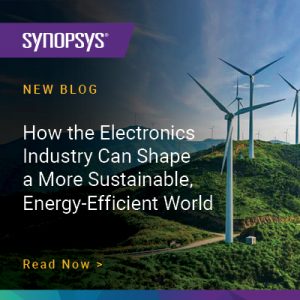