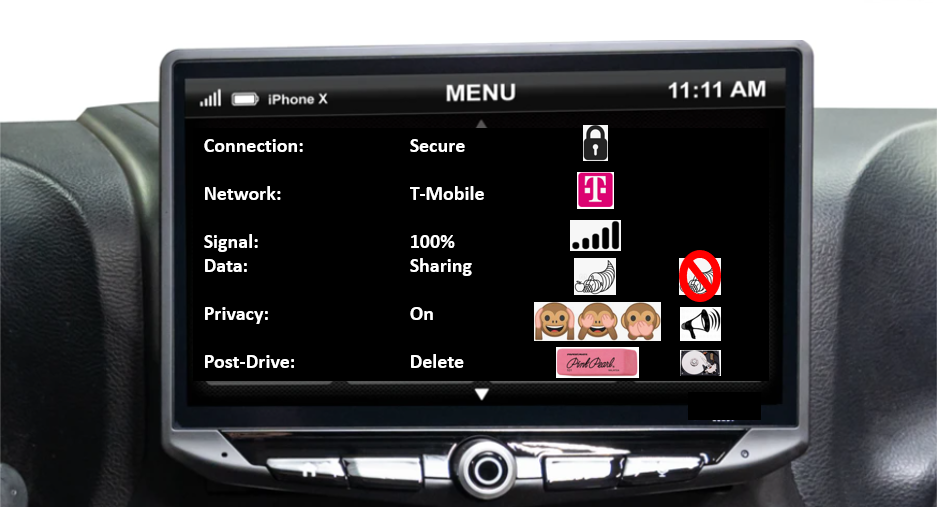 I have run into far too many clever automotive executives lately who seem to believe that “we” as an industry have solved the car connectivity challenge. Consumers love built-in car connections and that’s the end of the story – or so they believe.

Sadly, this is not true. Consumers surveyed by Strategy Analytics in China, North America, and Europe, do report increased interest in car connectivity and some willingness to pay for it – but resistance or, worse, apathy, and worse still, hostility remains.

Consumers don’t want to pay. They don’t want to be tracked. They may not want to share their data – that is still somewhat unclear. And they are aware that there is a hacking problem of some kind – ransomware anyone?

This car maker ambivalence or outright resistance – which can be translated as car makers viewing a built-in connection on a car as a cost center – manifests in promotional and marketing messages that either omit or de-emphasize connectivity. The in-vehicle experience furthers this impression as there is no direct communication in the car reflecting the vehicle connection.

Even worse than this ambivalence is the car maker determined to “monetize” the in-vehicle connection – most likely at the expense of the customer. Let’s be clear, any data extraction from the car ought to contribute to the safe operation of the vehicle and ought not to occur at the customer’s expense. In fact, the data sharing customer ought to be compensated in some fashion for sharing his or her vehicle data.

Car makers go to a massive amount of trouble at millions of dollars expense to deliver in-vehicle wireless connections. The original justification was to support automatic crash notification to summon emergency responders in the event of a crash. Today, the focus has shifted to software updates, remote diagnostics, remote start, vehicle finders, and remote door lock/unlock.

But after all the expense and trouble actually communicating the status of vehicle communications remains an afterthought. With so much concern regarding cybersecurity and hacking one would expect the car to start with a splash screen message that the car is: “Connected and Secure.”

Not only that, the car should also announce, perhaps on the same screen: “User Data Protected by XYZ.” This message could include a link to vehicle settings in case the user wants to make a change.

The problem is that nearly every car sold in the U.S. and more than half of the cars shipped in the world starting with 2021 come equipped with a built-in connection. The issue is that the industry has not actually “closed the deal” with the average consumer.

The industry is ambivalent and customers have picked up on this ambivalence. This is a big problem because the average customer is perfectly content to connect his or her phone in their car rather than pay a subscription for the built-in telematics system.

Car companies are less than transparent about the data they are collecting from vehicles and do not provide clear disclosures of this practice. Nor do they provide simple and transparent access to the vehicle data that is being collected such that the customer can see for his or her self.

In addition to this lack of transparency, there is a lack of control. There is no simple means for a customer to protect, delete, or transfer their data. Without transparency or control there is no trust. Without trust there is a shaky value proposition regarding vehicle connectivity.

Tesla Motors has been a leader in vehicle connectivity. Tesla has established this leadership by initially making vehicle connectivity free – later charging $10/month for most Tesla owners. Tesla is different from other auto makers because of its frequent software updates which help establish regular communications between the company and its vehicle owners.

No other car company has this level of customer engagement. Tesla is no paragon, though. If you don’t want to pay the monthly fee you may cut yourself off from vital software updates. Tesla makes it difficult for customers to opt out.

Tesla also does not provide any means for the customer to view or control the data being extracted from the vehicle. Tesla also fails to provide a means of cutting off or erasing that data.

There is a substantial trust delta in the automotive industry. In 2020, the Reader’s Digest identified Toyota as the most trusted passenger car brand and Ford as the most trusted pickup truck brand. But these surveyed results reflect – as noted in participant quotes – vehicle reliability.

In a world increasingly defined by software, wireless connectivity, and automated driving capabilities, trust will take on an entirely new meaning. Car makers must come to grips with the need for transparency and customer control of vehicle connectivity.

One Reply to “What’s Wrong with Car Connectivity”