San Diego Arrival
It’s another picture perfect day in San Diego as I arrived and checked into the Hyatt. The view from the 40th floor looked magnificent, with the Convention Center just a few minutes away in the distance: 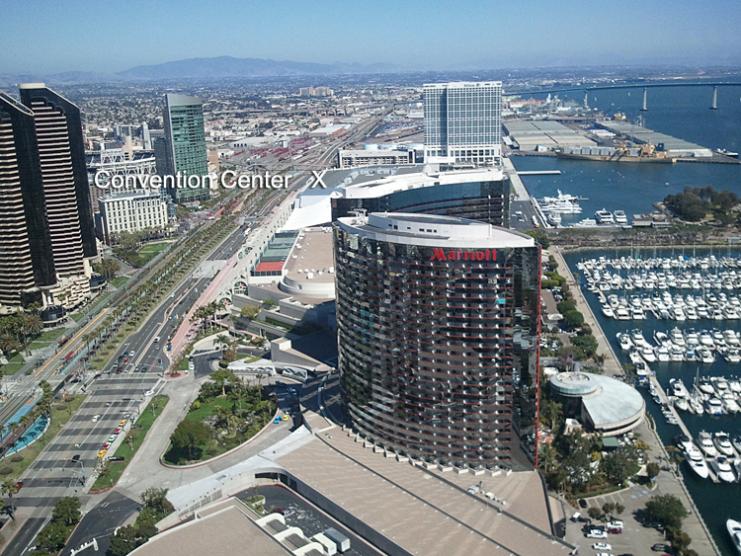 Check in at DAC is quite automated and it took only a minute to receive my official badge with an Independent Media sticker. 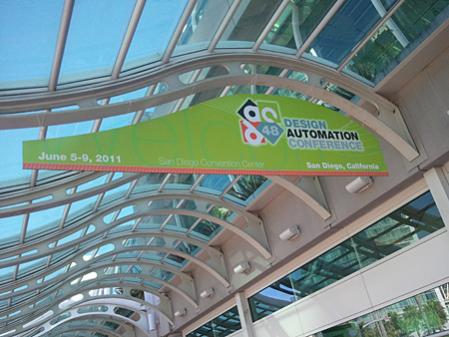 EDAC Party
Tonight is the kick-off event first at 6PM sponsored by EDAC and it’s the annual networking event of the year for us in EDA. 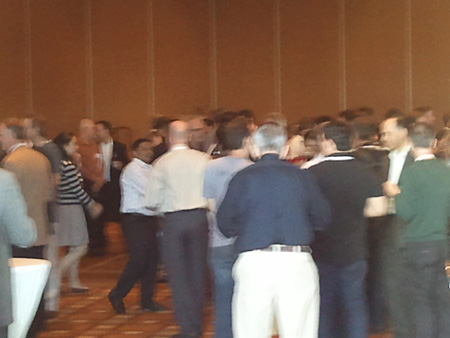 Here I met dozens of former co-workers and EDA clients. 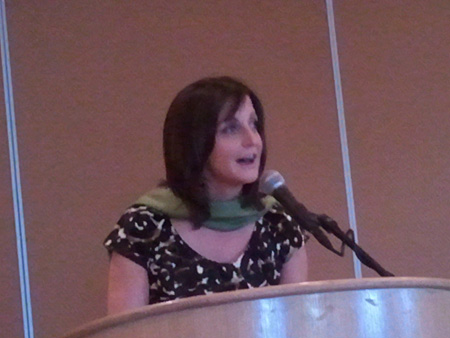 Kathryn Kranen (CEO of Jasper) tried valiantly to address the crowd however the din of networking was just too great. Next year I would try just projecting the key messages on a wall, and let them cycle through instead of live speeches.

Gary Smith
Next up is the 7PM event from Gary Smith EDA. I’m really hoping that these two events are in different rooms so that we may actually get to hear over the roar of networking in the back of the room. 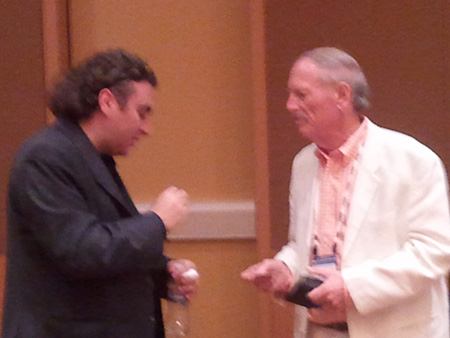 We enjoyed a separate meeting room at Gary Smith’s DAC event on Sunday night. 4G signal coverage was not available with my CLEAR device, so no tweeting this year. Others nearby had zero cell-phone signal as well.

TSMC Revenue by Technology – 1st quarter numbers, 65% of revenue for 90nm to 40nm nodes, mostly standard packages
– 35% of revenue from above 135nm nodes and larger

Top IDMs and Foundries: Where is their capacity?
– Sweet spot is between 45nm and 60nm
– Intel/Samsung vs everybody else
– Qualcomm driving the bleeding edge of 3D packaging technology

AMKOR photos of molded via, package on package techniques

Cost of SOC Design – Keep the cost of a new SOC below $25M will attract VCs again.
– Costs above $50M hurts even IDMs

Ideal Number of Blocks: 5
– Most designs have 25 to 35 blocks (more blocks slows design process down)

What is Block Size?
– 100 million gate (90 million gates on platform, 10 million left to design)
– Number of engineers per block 6 engineers

R&D Engineers – do you know how design uses the EDA tools?

Summary
The mood at DAC this year is optimistic, there’s talk of hiring and people are eager for the Keynote address on Monday and the flurry of events planned. I’ll be blogging each day as I visit EDA vendors that offer transistor-level tools like: SPICE, DRC, LVS, 3d extraction, Custom IC layout tools, and more. On Tuesday I’ll be at the Panel Session on “3D Extraction: Coming to a Design Near You?“

2 Replies to “Sunday Night at DAC”