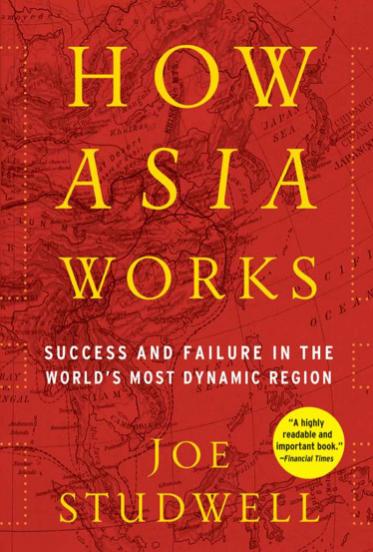 This is not too much about semiconductors so consider this an “off-topic” warning. But I think you should read on anyway.

TSMC will show up eventually but not yet.

I was in Asia at last week. Coincidentally, I had a book to read on the plane called How Asia Works by Joe Studwell. It looks at what has made Japan, Korea, Taiwan and China successful (North East Asia) whereas Malaysia, Indonesia, Thailand and Philippines have not been (South East Asia). It is a fascinating book. It made me challenge so many preconceptions.

The answer is to ignore the Washington consensus (open borders, free trade, no tariff barriers, strong land property rights etc) just as every successful country has during its transition out of being poor and agricultural to a manufacturing and, eventually, a service based economy. Britain and the US had high tariff barriers and other less obvious barriers at that stage in their growth (for example, it was illegal to export textile manufacturing equipment out of Britain in the 18[SUP]th[/SUP] and much of 19[SUP]th[/SUP] centuries,; or the US basically expropriated land from the American Indians (and btw I had a gf once who was American Indian and she told me they all hated the term Native American, that was just somebody born here to them).

The successful countries have all taken the same approach. The first step is land reform. Ensure that all the peasants have a small amount of land, maybe just an acre or two. One fallacy is that we (or at least I) assumed that highly mechanized farming on large farms is much more productive than small farms. And if labor costs are high then this is true, measured in dollars. But the Berkeley professor’s organic vegetable garden is several times more productive than the Midwest farmer per acre, although it is highly labor intensive (but she doesn’t think of it at her professorial rate). Labor is the one thing poor countries have almost unlimited amounts of, so if the land is reformed so every peasant has a few acres of land, then they can farm it intensively with huge yields, perhaps 200 or 300% more than before. Large scale gardening.

This generates a big surplus that has two outcomes: the peasants become rich enough to buy manufactured goods when there are some, and there is enough surplus at the country level to move into the second stage which is manufacturing. Japan, Korea, Taiwan and China all had land-reform whereby the land was basically expropriated from the landlords with minimal compensation and given to the peasants. The exception that proves the rule is that when China collectivized its small farms during the great leap forward under Mao, productivity fell so drastically that 30-40 million people died of starvation. Tiny farms really do produce the maximum per acre if labor is essentially free. Mechanizing early reduces yields and leaves the rural population with nothing to do. But eventually as standards of living increase you have to let consolidation happen, it’s a strategy not a religion. The peasants have to move to the factories.

Phase 2 soon. Manufacturing. But for export.

The book is here (amazon kindle). If you really want it on dead trees you can get there from the link.

One Reply to “How Asia Works, phase 1”