My suspicions were borne out by taxi driver… Read More

Uber, Lyft, Postmates, Instacart and Doordash were successful in their nearly $200M effort to pass California’s Proposition 22 in November – to allow gig operators to avoid treating their drivers as full-time employees with all of the associated employee benefits and legal protections. In the midst of a devastating pandemic… Read More

A funny thing happens when you let car makers make cars and car dealers sell cars – people start buying cars. With the U.S. economy at least partially re-opening nationwide car buyers have returned to the market and, finding a limited supply of new cars and disappointing incentives, have turned, in part, to used cars. This … Read More

By now it is pretty clear that everywhere outside of China and South Korea human beings are doing a lousy job of “social distancing,” locking down, and sheltering in place. This is unfortunate because experts agree that only a complete lockdown will stop COVID-19 from infecting millions, continuing to kill thousands, 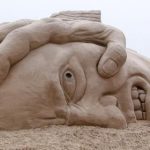