Like its disruptive corporate kin – Waymo, Uber, and Tesla Motors – Lyft is out to creatively destroy the automotive industry. In the process, the company is set on a course for its own annihilation – and investors appear more than happy to speed the company along to its own doomed demise.

Car ownership is in the crosshairs of Lyft, Uber and most other ride hailing providers. They have repeatedly announced their intention to separate their customers from their cars. Of course, they draw their drivers from this same population, so this proposition in itself is somewhat self-annihilating.

Car ownership is not the only target of Lyft’s destructive inclinations. Lyft, like Uber and other ride hailing companies, is out to damage or destroy the rental car and the taxi and limousine industries – to say nothing of the negative impact on public transportation (Why take the bus/train/tram?). More recently, during the IPO road show, senior Lyft executives have announced their intention to take on the insurance industry.

One of Lyft’s bigger objectives, though, is to eliminate drivers by mastering automated driving. The company has also invested in scooters and bike sharing – both of which are taking business away from its own ride hailing service.

This fits in nicely with the broader trends in the automotive industry which is set on a path toward electrification, autonomous driving and the proliferation of mobility services. Electrification – and the massive billion-dollar investments that it entails – threatens to wipe out massive swathes of the automotive supply chain even as it demands a colossal and expensive expansion of of charging networks.

Electrification also threatens car dealer networks – at least those, in particular, that are dependent upon the servicing of ICE-based vehicles. Autonomous vehicles, like ride hailing, will eliminate the need for car ownership, as will mobility services. Car makers are heavily investing in these value propositions as well.

As if this automotive industry implosion weren’t enough, the President of the United States continues to be something of a one-man wrecking ball thrashing through the industry. The latest report on the administration’s activities suggests the makings of an escalated tariff war intended to erect barriers at U.S. borders certain to simultaneously make new cars more expensive while stimulating retaliatory tariff strikes against U.S. car makers.

Lyft is not the cause of all of this self-destructive mayhem. It is only the most visible and immediate manifestation.
Investors are enthusiastic about Lyft. Are there skeptics? Yes, many. Take Nicholas Farhi, a partner at OC&C strategy consultants quoted in the Washington Post: “The endgame you need to believe is so implausible in my mind – it’s definitely at the ‘hypiest’ end of the unicorns. It’s hard for me to think of a rational reason why people would invest in this.”

Tiernan Ray, writing for TheStreet.com, took issue with Lyft’s creation of what it calls “contribution” – a figure which strips out all operating expenses to disingenuously suggest an improving financial picture for Lyft.

https://tinyurl.com/y2crnofa – Lyft Will be Relying on One Unorthodox Number to Sell its IPO – TheStreet.com

There is something else that Lyft is destroying even as it creates a newish mode of transportation. Lyft is a major contributor to increased traffic congestion, vehicle emissions and, possibly, highway fatalities.
Three researchers published a model that they claimed showed a causal connection between the onset of ride hailing services and rising highway fatalities. The conclusions have been challenged, but the proposition is enough to give pause.

Lyft, Uber, Yandex, Ola, Didi, Grab, Gett services are adding hundreds of thousands of cars to already clogged highways and city streets. In fact, the apps used by the drivers are designed to attract drivers to already congested areas, where there are the greatest number of potential customers.

At recent industry events I have found audience participants increasingly concerned with the already large and growing negative impact – i.e. carbon footprint – of the entire ride hailing business. It’s especially noisome when one considers the substantial amount of driving that occurs without any passengers in the cars.

Given the “oversubscribed” state of Lyft’s IPO I don’t anticipate any great awakening and/or rejection of the idea of ride hailing as anything other than a brilliant way to burn cash in anticipation of a massive post-loss exit – at least for investors. It is unwise though to be entirely blind to the collateral damage unfolding on the highways, in the air and in the wallets of taxi drivers. Creative destruction for its own sake is hardly a bedrock investing philosophy. Good enough for Lyft, though. 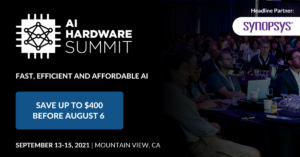