Register / Log In
Guests have limited access.
Join our community today!
You are currently viewing SemiWiki as a guest which gives you limited access to the site. To view blog comments and experience other SemiWiki features you must be a registered member. Registration is fast, simple, and absolutely free so please, join our community today!
Double Digit Growth and 10nm for TSMC in 2016!
by Daniel Nenni on 12-05-2015 at 12:00 pm
View Profile
View Forum Posts

Exciting times in Taiwan last week… I met with people from the Taiwanese version of Wall Street. They mostly cover the local semiconductor scene but since that includes TSMC and Mediatek they are interested in the global semiconductor market as well. They also have an insider’s view of the China semiconductor industry which is … Read More

Are FinFETs too Expensive for Mainstream Chips?
by Daniel Nenni on 10-27-2015 at 7:00 am
View Profile
View Forum Posts

One of the most common things I hear now is that the majority of the fabless semiconductor business will stay at 28nm due to the high cost of FinFETs. I wholeheartedly disagree, mainly because I have been hearing that for many years and it has yet to be proven true. The same was said about 40nm since 28nm HKMG was more expensive, which … Read More

Paul M. did an excellent job summarizing the technical information that TSMC presented at the recent Open Innovation Platform symposium. I’d like to also share an impression on four areas that struck me as key to TSMC’s strategy.… Read More

As I wait for my plane to Taiwan I’m wondering what the New Year has in store for the fabless semiconductor ecosystem. Good things I hope but to make sure let’s take another look at one of my trusted economic bellwethers (TSMC) which I’m guessing will break the $25B revenue mark this year. That is more than a 25% growth rate year… Read More

As I wrote last week there is a whole list of companies on LinkedIn with people working on TSMC 16nm. Today TSMC released a list of customers that have risk production 16FF+ silicon. Most of us knew this already but now we can talk about it in more detail. This is a really big deal for the FinFET doubters out there. Just because Intel had… Read More

As previously predicted TSMC is having another record breaking SoC quarter. TSMC is my favorite economic bellwether and from what I can see the semiconductor industry will continue to grow this year and next at a rapid rate thanks to TSMC and the fabless semiconductor ecosystem: 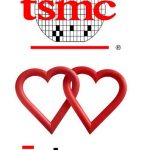 The good news is that as a part of SemiWiki we get free media passes to all of the cool conferences. The bad news is that our inboxes get flooded with announcements. ARM TechCon is next week and my delete button is on overtime but it is interesting to see who is active in conferences and who is not. In this case Xilinx is very active and Altera… Read More