TSMC has been an ardent supporter of DAC for the last 18 years which has brought in the other foundries because, as the industry leader, wherever TSMC goes the other foundries naturally follow. The exception of course is Intel Custom Foundry because they march to the beat of a different drummer, if you know what I mean. The CoFluent… Read More 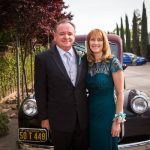 What happens in Las Vegas Gets Blogged on SemiWiki!
by Daniel Nenni on 11-23-2011 at 7:00 pm
View Profile
View Forum Posts 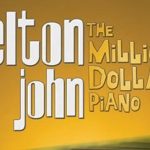 Interesting story, for my wife’s 50th birthday we went to Las Vegas to see Sir Elton John in concert. My wife is an Elton fan and this may be her last chance to see him live so off we went. I saw Elton and Billy Joel in a dueling piano concert a while back and it was simply amazing! The underlying purpose of the trip however was to earn “Perfect… Read More