One of the few things that remain constant in the engineering world is the desire for higher productivity. Innovation happens when engineers are designing something and creative ideas crop up when they are reviewing and analyzing the results. In between these fun steps, engineers have to deal with the necessary evil of creating… Read More 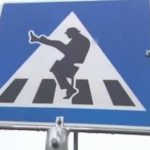 Go ahead – type “open source” into the SemiWiki search box. Lots of recent articles on the IoT, not so many on EDA tools. Change takes a while. It has only been about five years since the Big Three plus Aldec sat down at the same table to work on UVM. Since then, Aldec has also gotten behind OS-VVM, and is now linked to a relatively new open… Read More

Recently Bill Dally, nVidia’s Chief Scientist & SVP of Research, and a professor of electrical engineering and computer science at Stanford University, has been out speaking quite a bit including a “short keynote” at the Design Automation Conference and a keynote at ISC 2013. The DAC audience is primarily EDA tool users and… Read More