One Less Reason to Delay that Venture
by Bernard Murphy on 10-11-2018 at 7:00 am
View Profile
View Forum Posts 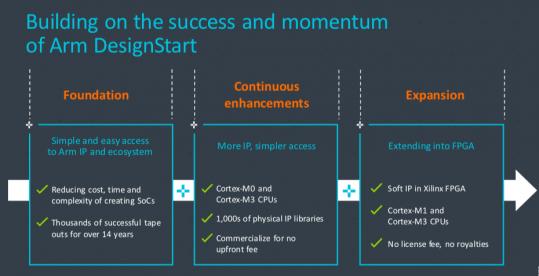 Many of us dream about the wonderful widget we could build that would revolutionize our homes, parking, health, gaming, factories or whatever domain gets our creative juices surging, but how many of us take it the next step? Even when you’re ready to live on your savings, prototypes can be expensive and royalties add to the pain. … Read More

It is often said that things go in big cycles. One example of this is the design and manufacturing products. People long ago used to build their own things. Think of villagers or settlers hundreds of years ago, if they needed something they would craft it themselves. Then came the industrial revolution and two things happened. One… Read More

One of the great devices in maker lore is the Polaroid 6500 Series Sonar Ranging Module. It was originally part of the autofocus system for their SX-70 cameras circa 1978, long before through-the-lens optical autofocus sensors were perfected. Back then, people couldn’t focus. Dr. Land thought he was teaching people to compose… Read More

Why an Arduino Gift Might Make Your Holiday Shopping Easier
by Tom Simon on 12-18-2014 at 7:00 pm
View Profile
View Forum Posts

If you happen to still be looking for a Christmas gift for a tech savvy youth, the answer to your search may be an Arduino. This funny sounding word is the name for a family of easy to use low cost circuit boards and related items used to build projects that contain a microcontroller. With an Arduino it is possible to build projects with… Read More

As I wrote about last month, this weekend is the Maker Faire in San Mateo. If you are interested in the cutting edge of what people are getting up to outside of the corporate world, this is the place to go. You will see stuff that you will not hear about for a year or two when it finally goes mainstream.

Increasingly, there is a lot of electronics… Read More

A few years ago my then-girlfriend was an artist and she had some friends who were in the maker movement, one who ran a tool “lending library” and so on. So she wanted to go to the Maker Faire, which is a huge event held in San Mateo exhibit center. In those days it was more like an outgrowth of burning man but there were already… Read More