Voltage converters and regulators are a vital part of pretty much every semiconductor-based product. They play an outsized role in mobile devices such as cell phones where there are many subsystems operating at different voltages with different power needs. Many portable devices rely on Lithium Ion batteries whose output voltage… Read More

Dolphin is addressing the ultra-low-power (ULP) needs for some applications, like for example Bluetooth low energy (BLE), machine-to-machine (M2M) or IoT edge devices in general. For these applications, defining active and sleep modes is imperative, but it may not be enough to guarantee that the battery-powered system will… Read More 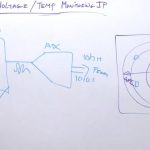 With increasing density and functionality of chips at extremely thin silicon and metal layers, temperature has become critical. The temperature situation can become worse with wireless enabled 24/7 power-on devices. In such a scenario, a device must manage its thermal profile dynamically to keep the temperature within tolerable… Read More